RockShox’s second-generation TwistLoc suspension remote gets official, adding the option for either On/Off 2-position or Open/Threshold/Locked 3-position lockouts. It’s now even simpler to use with GripShift-style twist to lock AND unlock, plus, it’s even cheaper than ever… 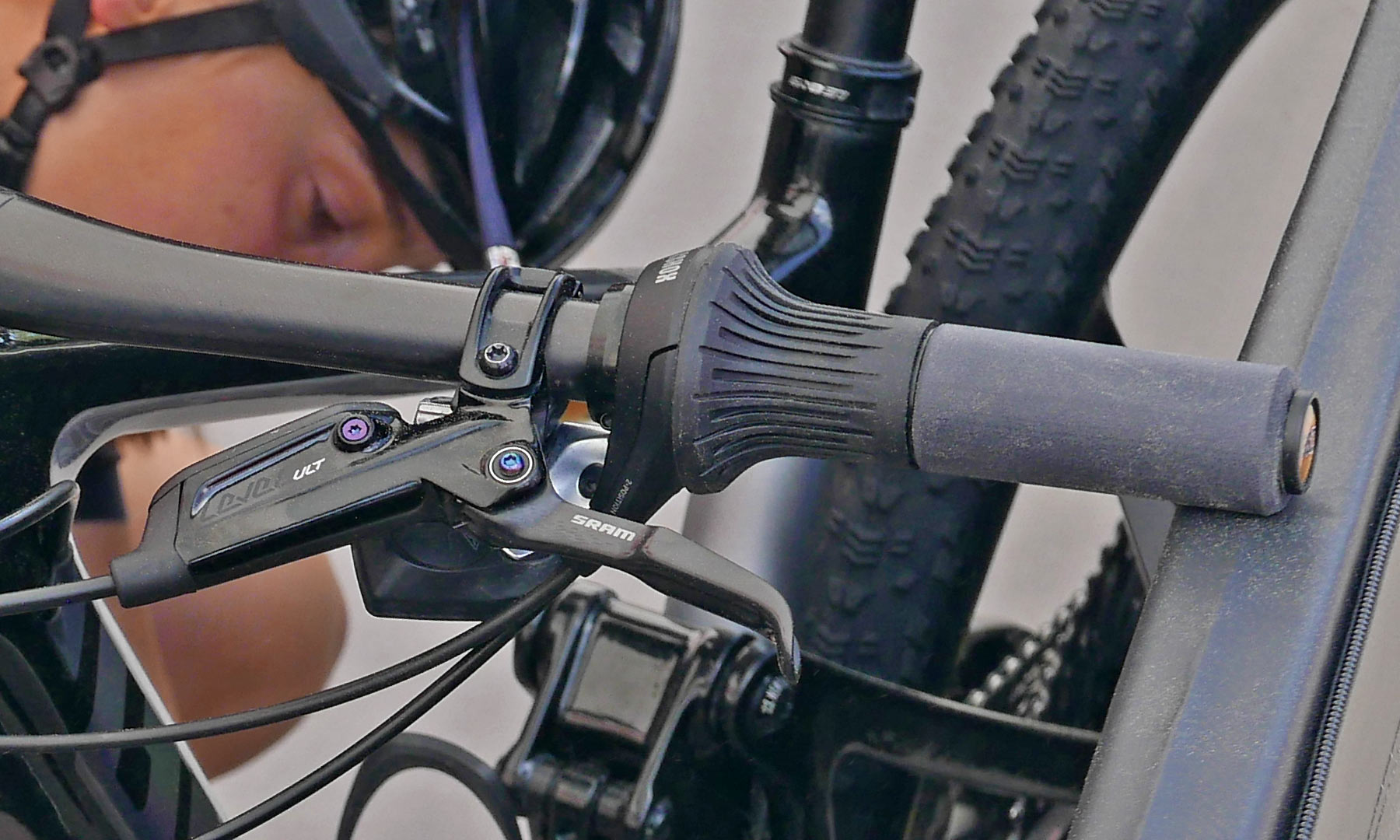 We spotted Ghost Factory Racing testing pre-production versions of this next-gen TwistLoc remote to control their RockShox XC suspension at the Nové Město World Cup last month. But they were apparently only taking advantage of the 2-position Lock/Unlock version. 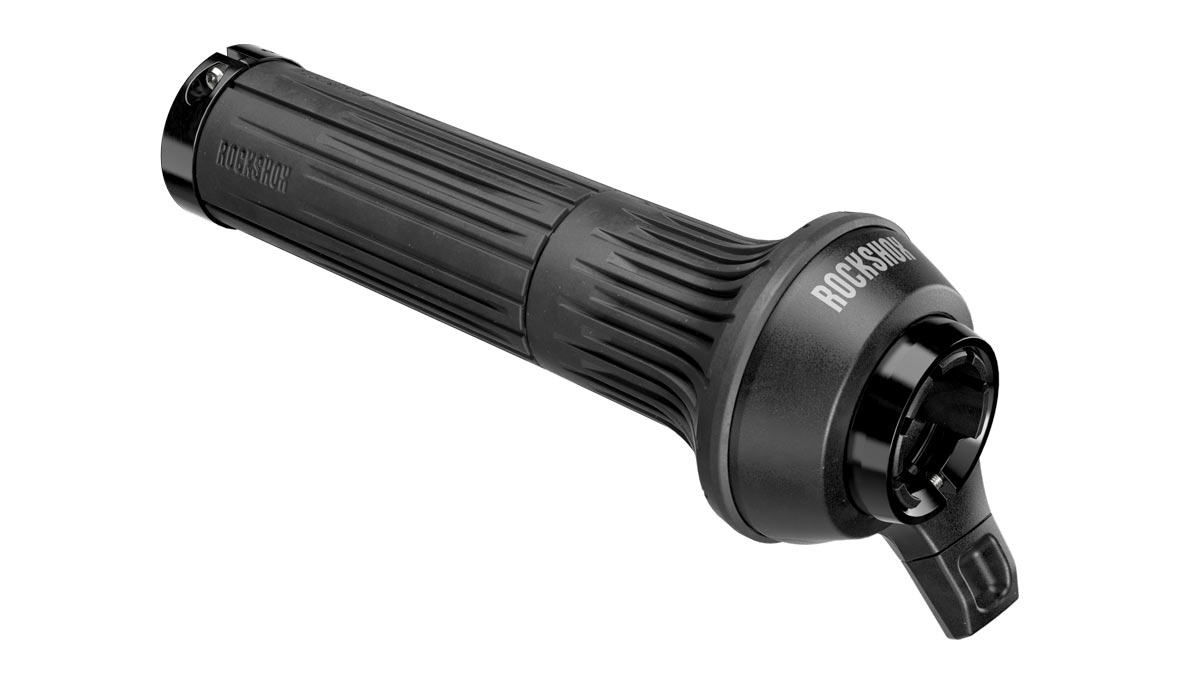 Two separate versions of the new left-only RockShox TwistLoc gen2 remote are now offered. Both operate by twisting towards you to pull cable and lock, then twisting away to unlock. 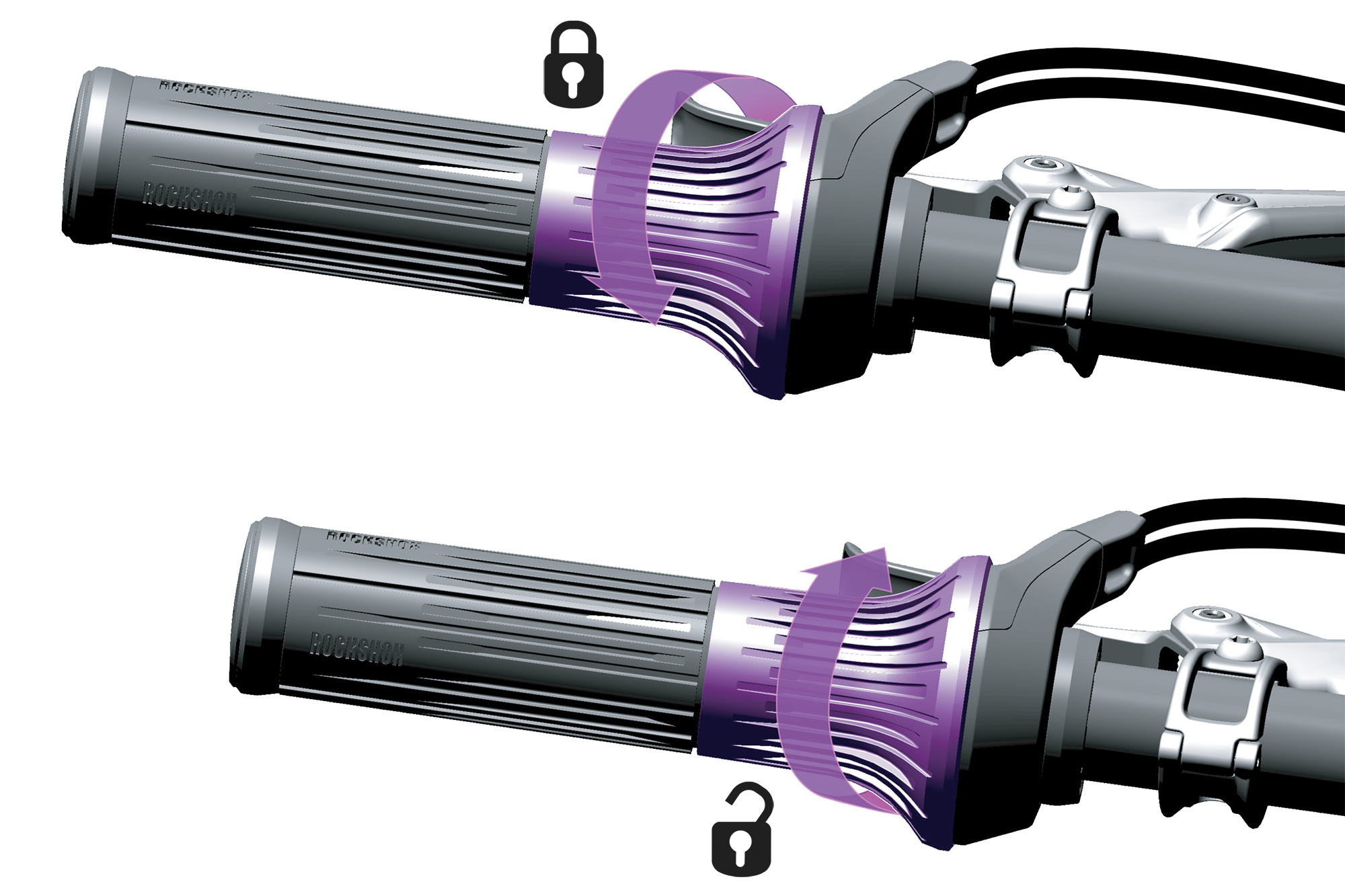 There is no button to release, internal detents simply hold the remote in each position, resisting the return spring in the fork/shock. 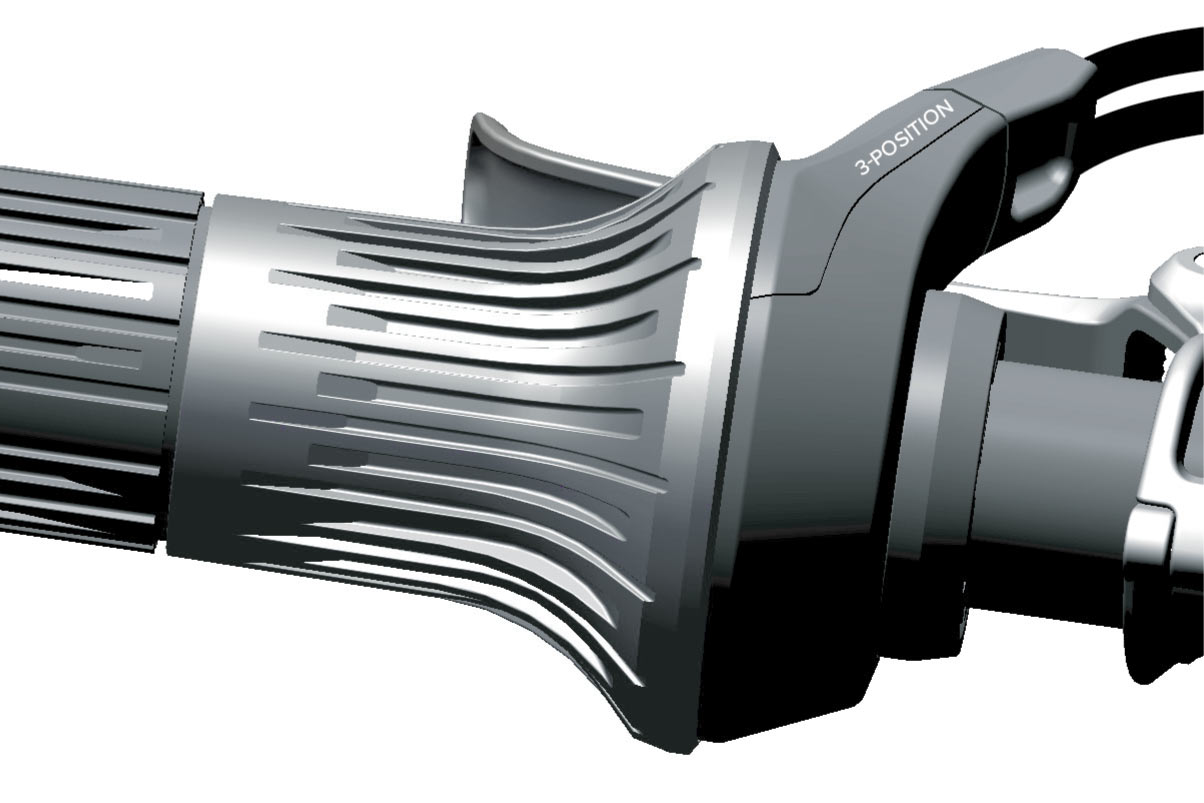 This new generation also features a higher inner flange diameter to the grip(shift) for improved leverage to engage the lockout. It also has a single angled cable exit guide (vs. modular straight or angled in gen1) for cleaner cable routing, but possibly some conflict with non-SRAM brakes. 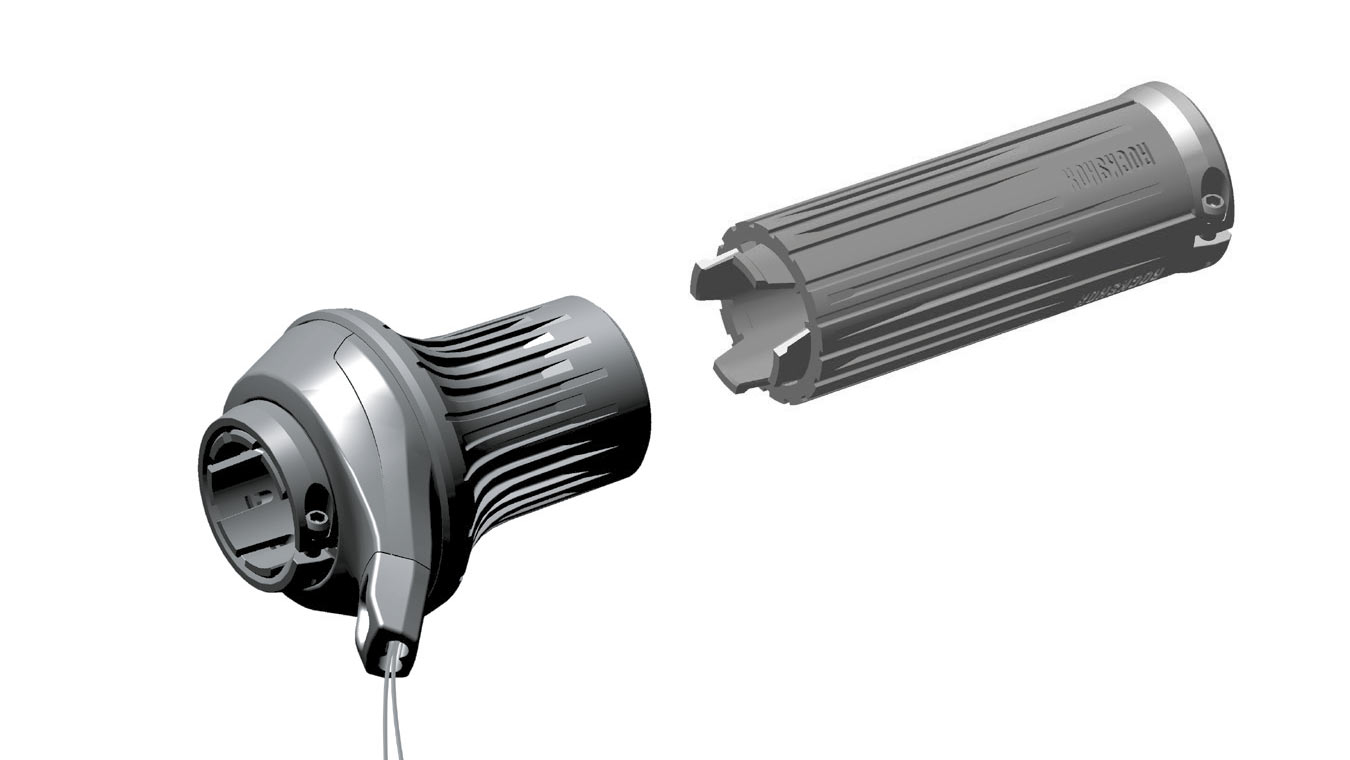 This new version also takes up more bar space. We don’t know exactly how much, but there’s clearly additional width towards the stem from the grip’s edge with a new 2-piece cover and bar clamp.

But that separate bar clamp in this new version means it is also now officially is designed to work with either RockShox’s shorty lock-on grip which is included, or any trimmed-down grip like the Ghost pros were racing. 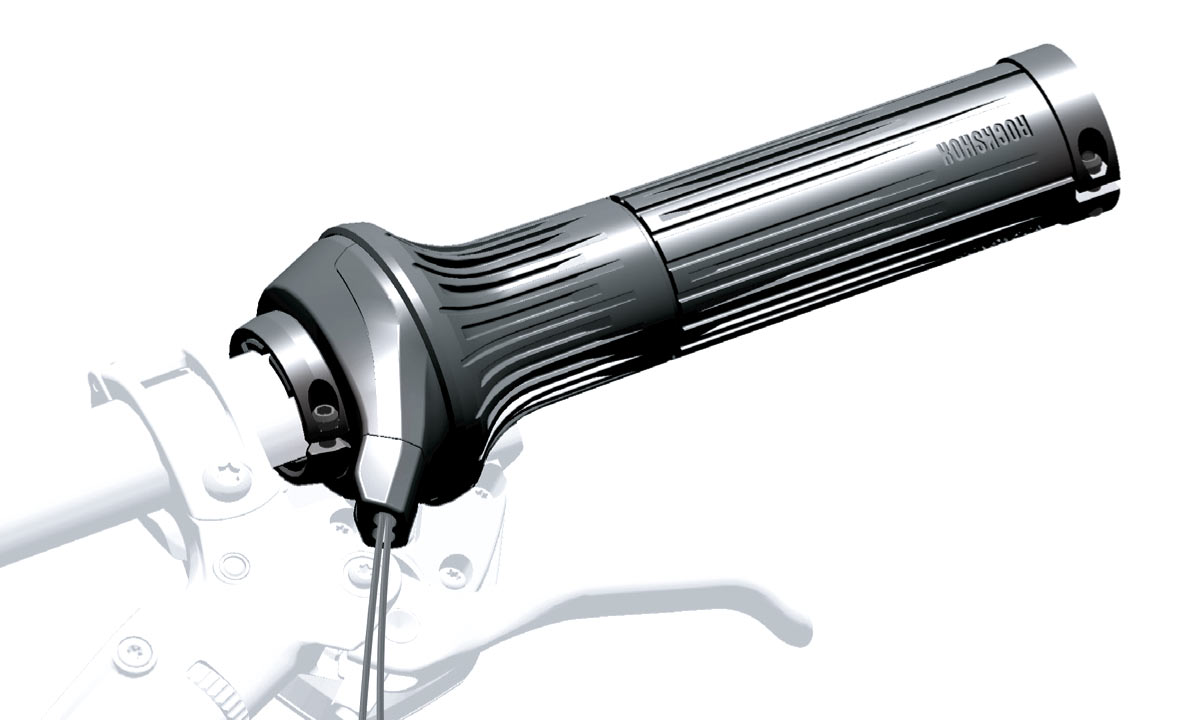 As a pleasant surprise in this quiet rollout, the new 97€ RockShox TwistLoc remote is more than 1/4 cheaper than the previous generation. My guess, it’s probably mechanically simpler inside, relying on spring-loaded detents to stay in place like the old GripShift, instead of the mechanical lock/release of the gen 1 remote. 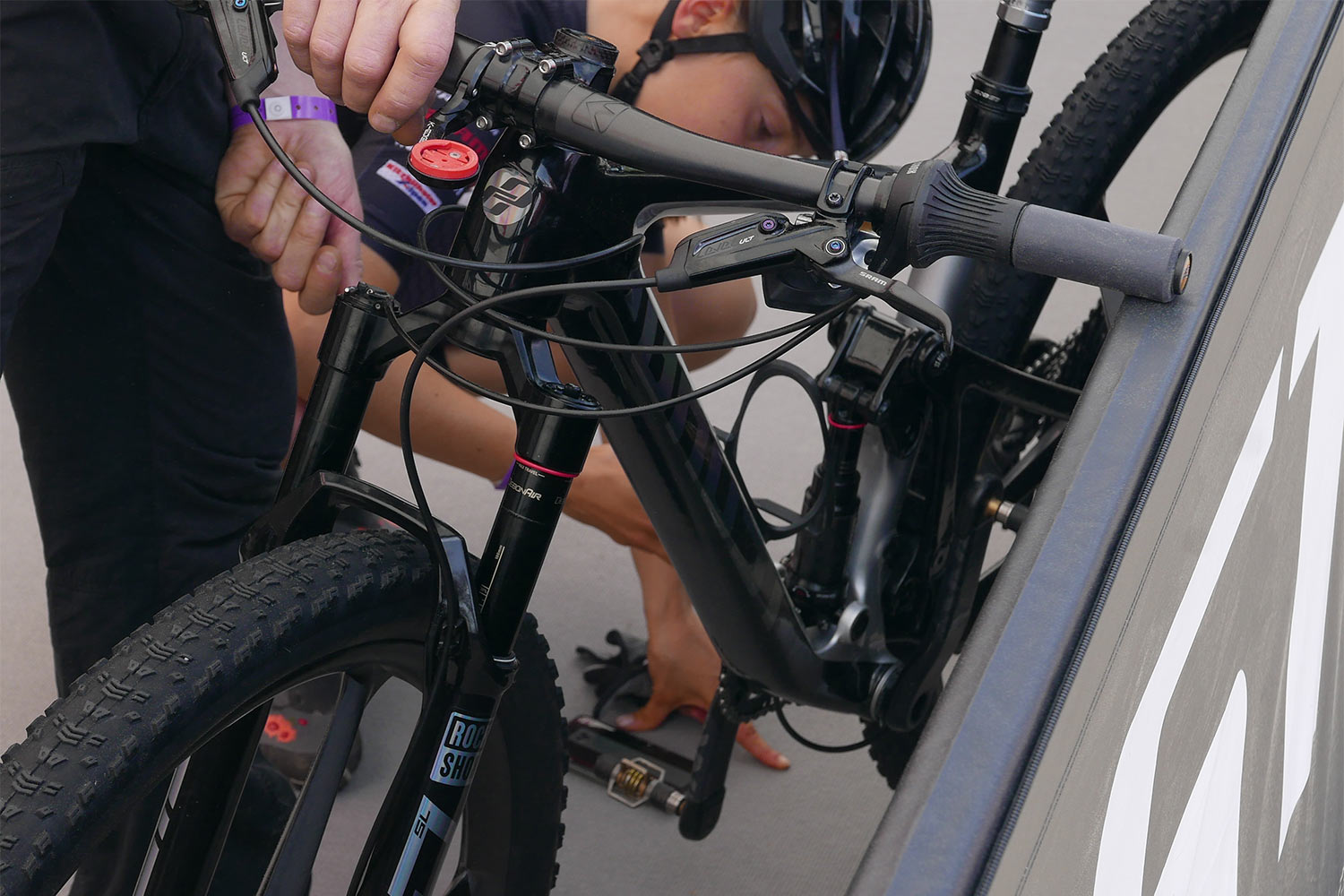 Well, RockShox doesn’t make many 3-position forks & shocks these days – outside of the Lock/Pedal/Open auto pilot modes of Flight Attendant. And nothing at the SID SL level of elite XC. I can only think of the special Deluxe RL3 shock with Lockout/Trail/Descend modes that is unique to Bold’s latest Linkin trail bike. And even that has an On/Off fork lockout. Nothing officially in their 2023 fork or 2023 shock updates, either.

But, I’d go out on a limb to say if RockShox now has a 3-position suspension lockout that works with both forks & shocks, we should expect to see more multi-position lockouts from their suspension components in the very near future…

Shout-out thanks to reader Hjalmar for the heads up on this sneaky reveal from RockShox.