At the beginning of May, we caught up with Wardian as he began his ocean-to-ocean run across the USA, to raise money for World Vision’s clean water projects. Wardian, who won the 2008, 2009, and 2010 USATF 50k Road National Championships and holds the record for the fastest marathons on seven continents in seven days, is drawn to weird and wonderful adventures.

This run was never a fastest known time (FKT) attempt — the current FKT of the route is held by Nebraskan Pete Kostelnick and stands at 42 days, 6 hours, and 30 minutes. Rather, it was dreamed up by Wardian as a personal challenge — to “run home” from San Francisco, California, to his birthplace near the US East Coast.

On May 1, 2022, he set off from City Hall in San Francisco, running to Ocean Beach to dip his toes in the Pacific Ocean before heading east. His route took him through 13 different states, covering some 3,200 miles. He ended the journey 61 days later, on July 1, following a continuous 100-mile push to reach his final destination, and was greeted by the soft waves of the Atlantic Ocean and a beautiful sunrise at Rehoboth Beach, Delaware.

One significant port of call for Wardian toward the end of his journey, after which the challenge Running Home was named, was his family home in Arlington, Virginia. Wardian arrived a couple of days ahead of the schedule, on June 28, and was greeted by his parents and neighbors from the street he grew up on. He said, “Running to my house, we had 40 or 50 people, we had a police escort, it was awesome!”

Wardian at his family home in Arlington, Virginia, with his wife, Jennifer, sons Pierce and Grant, and dogs Rosie and Bash. All photos courtesy of Michael Wardian.

He told iRunFar that the best part of the whole experience was how his run brought people together. As we spoke the day before he finished his run, he said, “There are so many people that have come out and run. Even now, I’ve three guys running with me, and they’re getting to chat and make their own plans. And it’s fun to be the catalyst for that. They come out to see me, but they end up making their own friends and it builds community in the places I am.”

While groups of runners and spectators came out to join him through the towns, Wardian ran the most part of Route 50 — America’s loneliest highway — on his own. Asked how he got through those long, solitary days, the ever-positive Wardian gushed, “Oh it was the best, I read 35 audiobooks, I’ve become a connoisseur of music!” The eclectic playlist he described from the run included Johnny Cash, Metallica, Megadeth, and Taylor Swift. 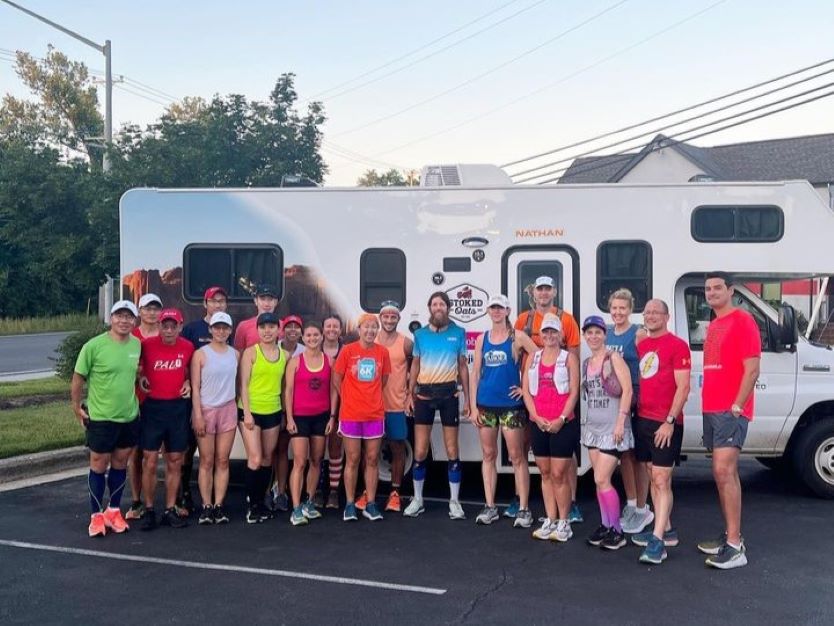 Michael Wardian setting off with a group of supporters from Baltimore, Maryland, toward the end of his journey.

It wasn’t all calm sailing. Wardian described how with more than 500 miles to go, an injury threatened to stop him in his tracks: “A truck driver ran me off the road and I felt a pop in my hamstring and couldn’t lift my leg and had to walk in 95-degree Fahrenheit temperatures the last 10 miles of the day.”

He continued, “I thought my run might be over, I thought I might be walking the last 500 miles. I would have [walked to the finish], but I really didn’t want to!” Thankfully, after taking a gentle start to the following day’s run, he was able to keep going.

Wardian’s run and fundraising efforts for World Vision have almost reached his hefty target of $100,000. The link is still open for last-minute donations. 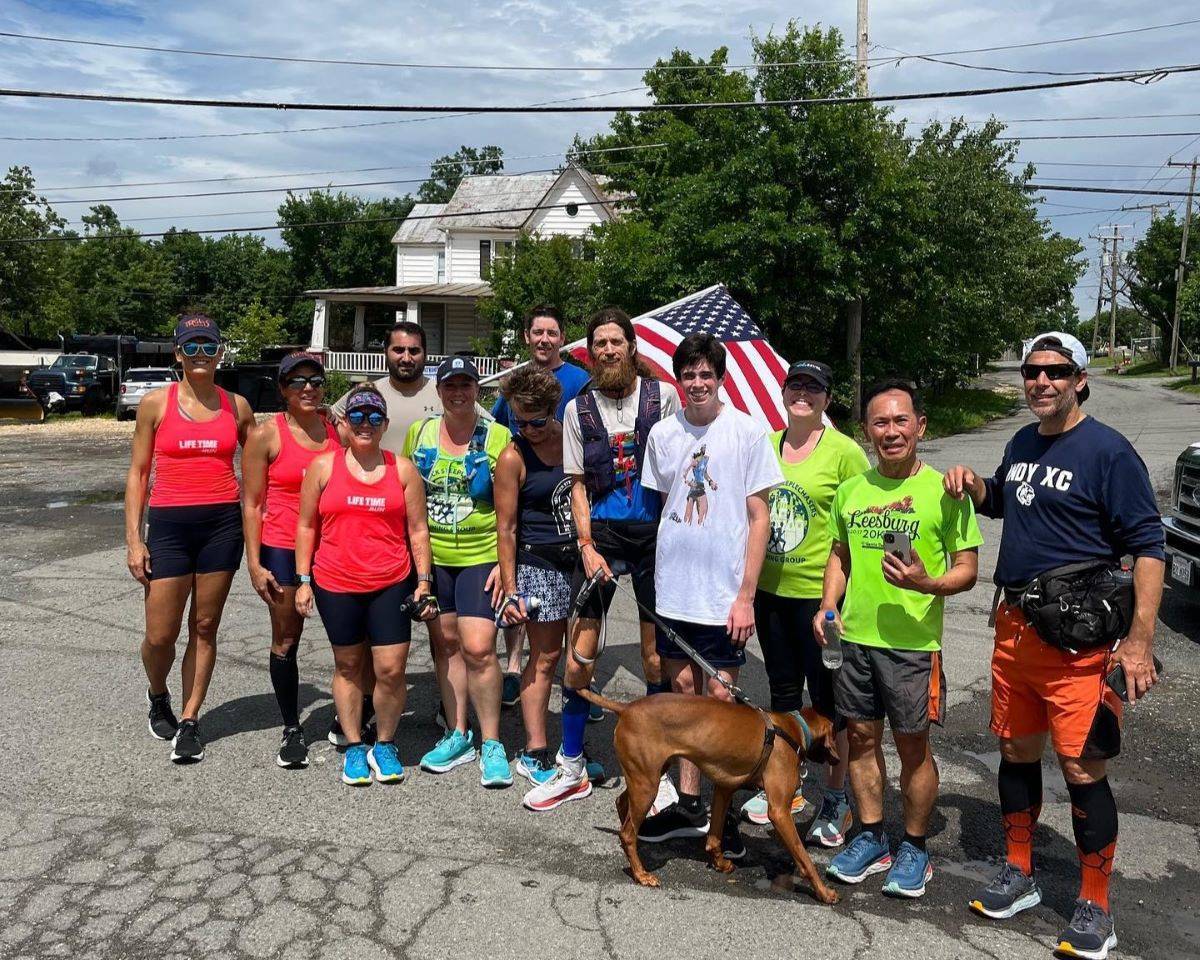