It’s Independence Day in America, but there were some fireworks earlier over the weekend too! We’ve got new US Mountain Running Champions, some great races in the Canary Islands, and more Skyrunner World Series fun in this week’s recap.

Just a few weeks back we kidded that Andy Walker was Mr. Second Place. But no more! Already a several-time past US Mountain Running Team member, Wacker won this year’s race, and did so at 1:07:31.

Expected to challenge for the race win, Joseph Demoor did just that, but collapsed near the end and did not finish. He was however okay. 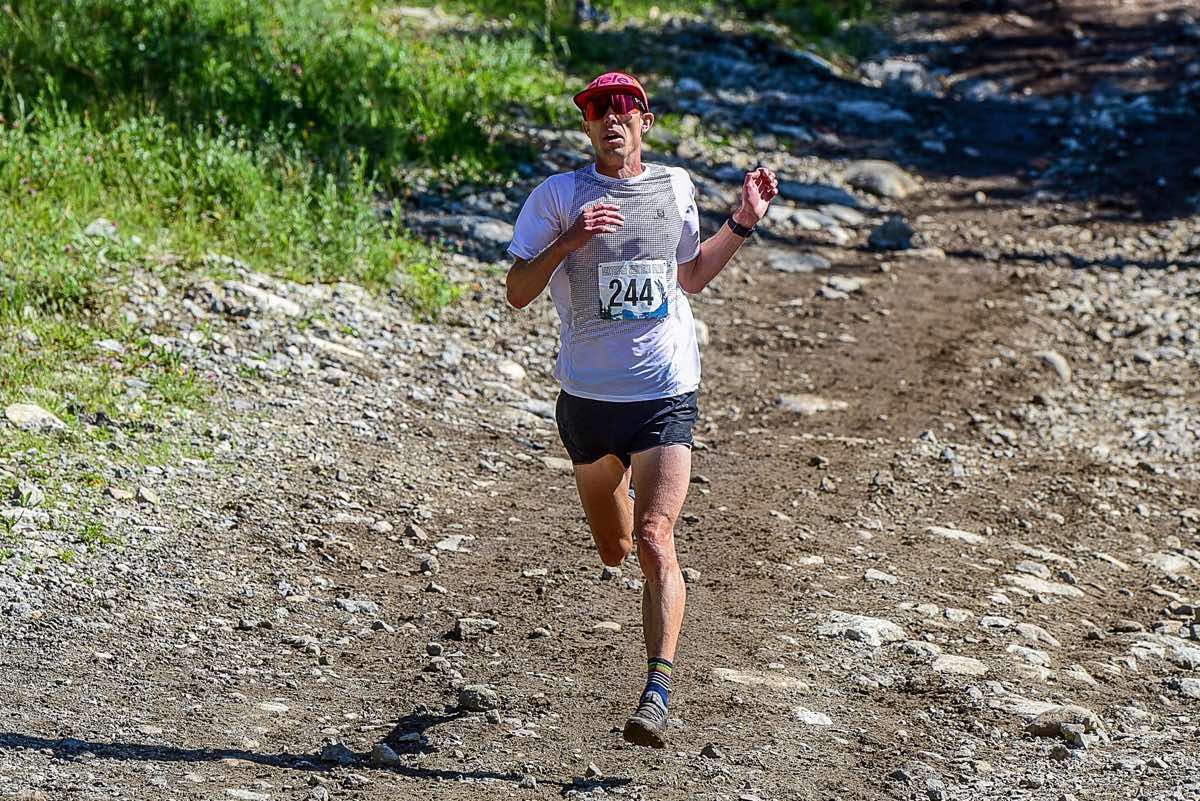 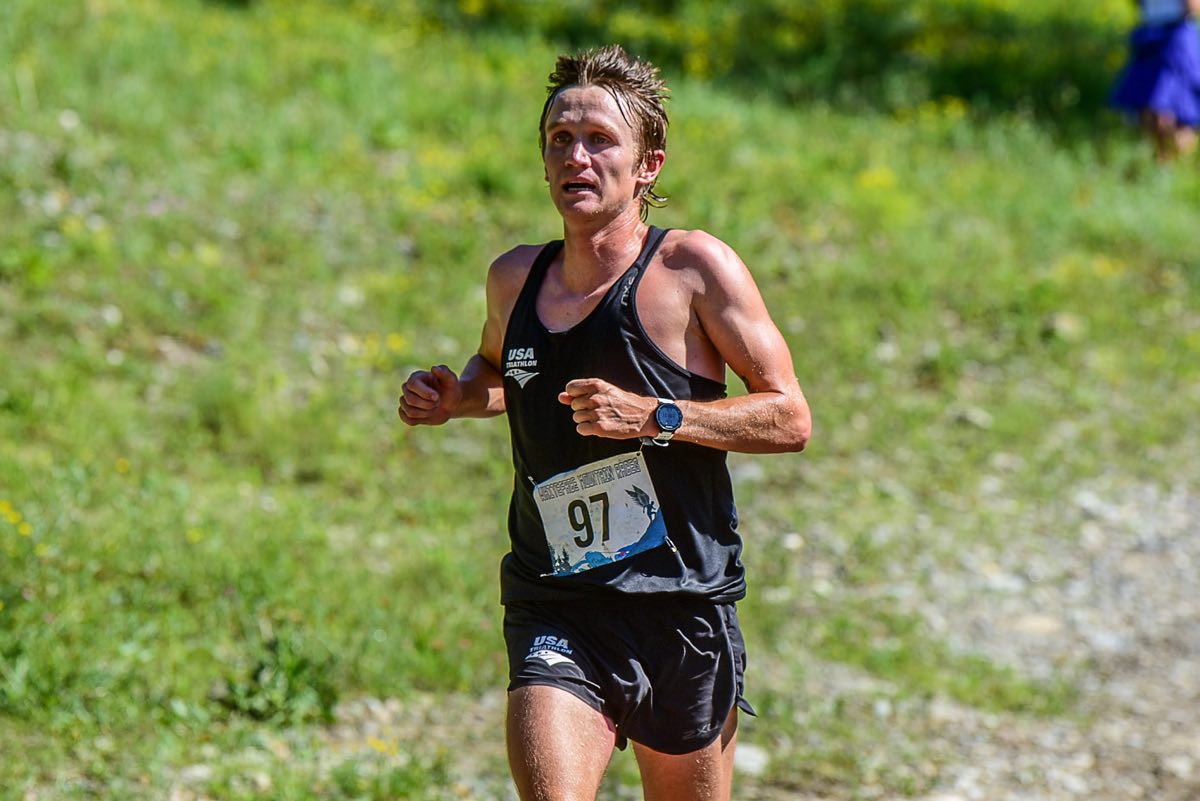 Eight years after running on the junior team, Tabor Hemming won the women’s senior race in 1:25:27. She and husband Eli are both on the national team now.

Rachel Tomajczyk and Sophia Laukli will join the couple on the national team thanks to their 1:26:42 and 1:29:03 second- and third-place runs too. Laukli was leading the race before a wrong turn in the race’s downhill second half. 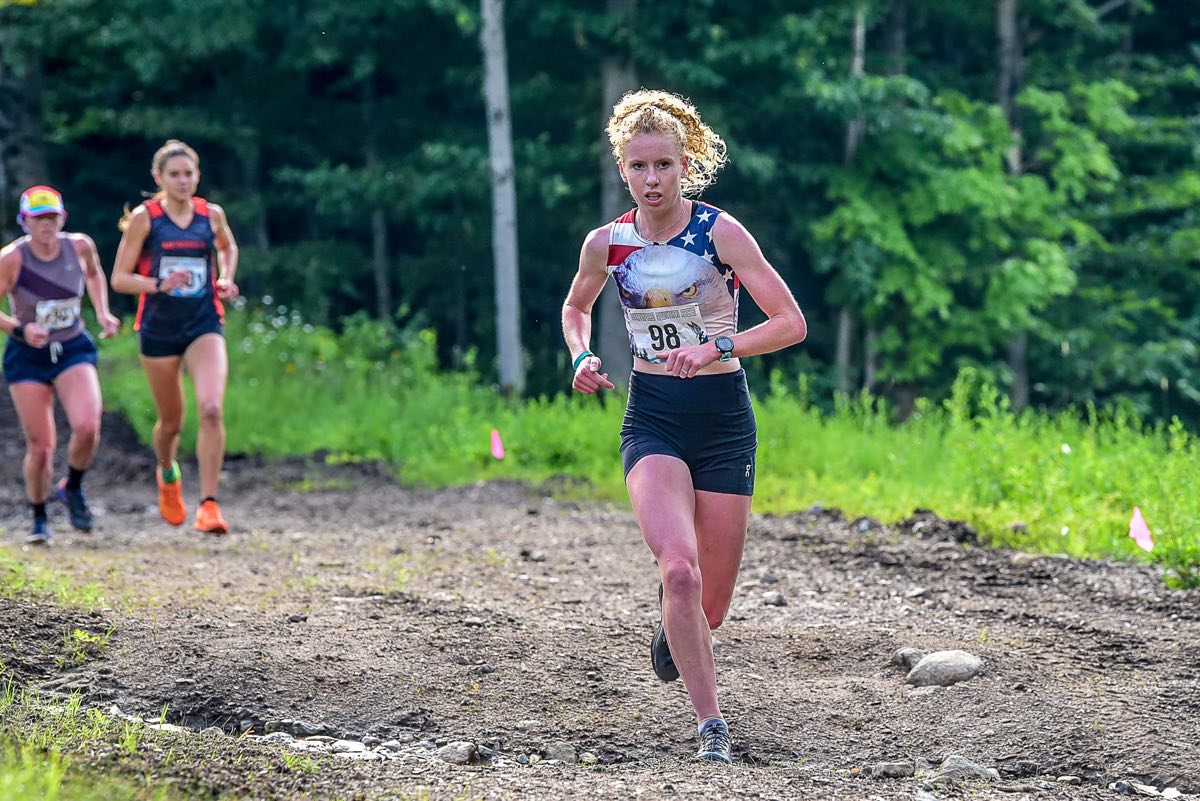 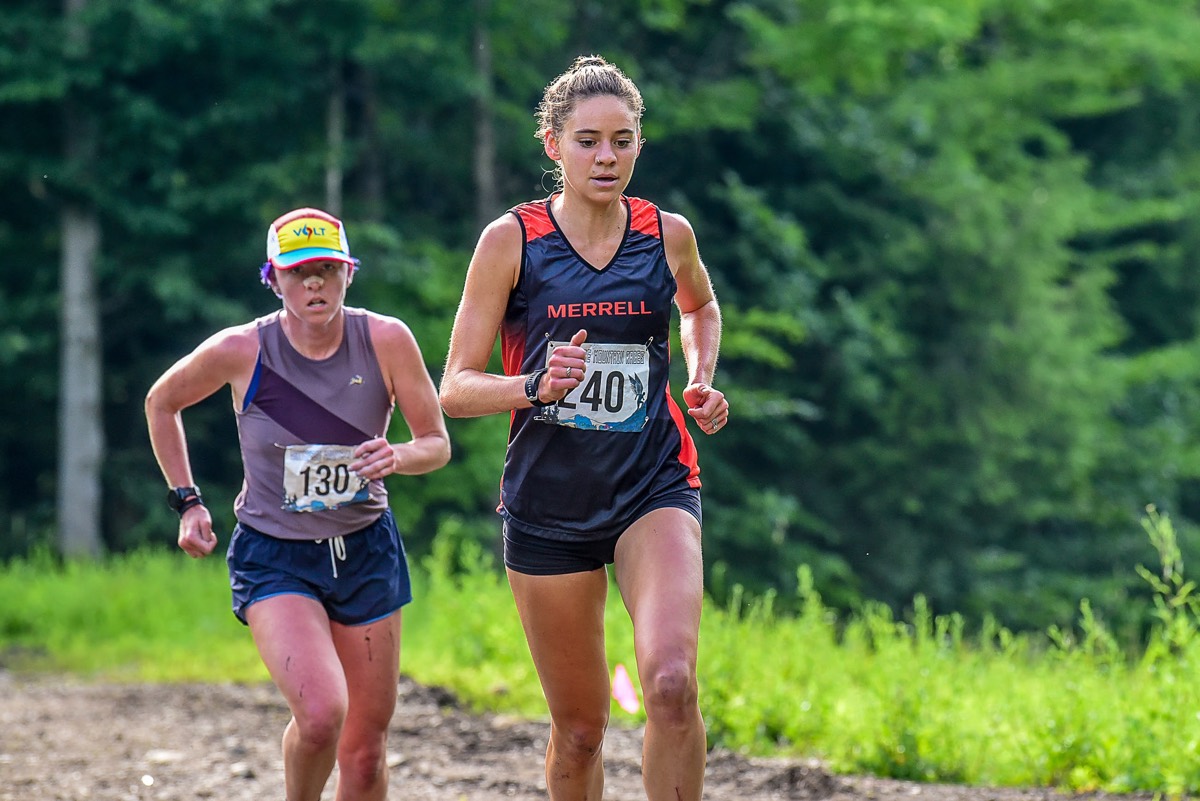 Rachel Tomajczyk (right) would take second at the 2022 Whiteface Skyrace. Behind her Megan Lacy chases, and she took seventh. Photo: Michael Scott

The mountain festival included the Vall de Boí Race as the year’s sixth Skyrunner World Series contest. Some 500 runners challenged the rugged 42k course through the Spanish Pyrenees on an especially hot day.

Raúl Orítz (Spain) stepped up from national-class races to his first Skyrunner World Series race and finished first in 4:20. Ander Iñarra (Spain) and Arnau Soldevila (Spain) were second and third in 4:27 and 4:28, 80 seconds apart. 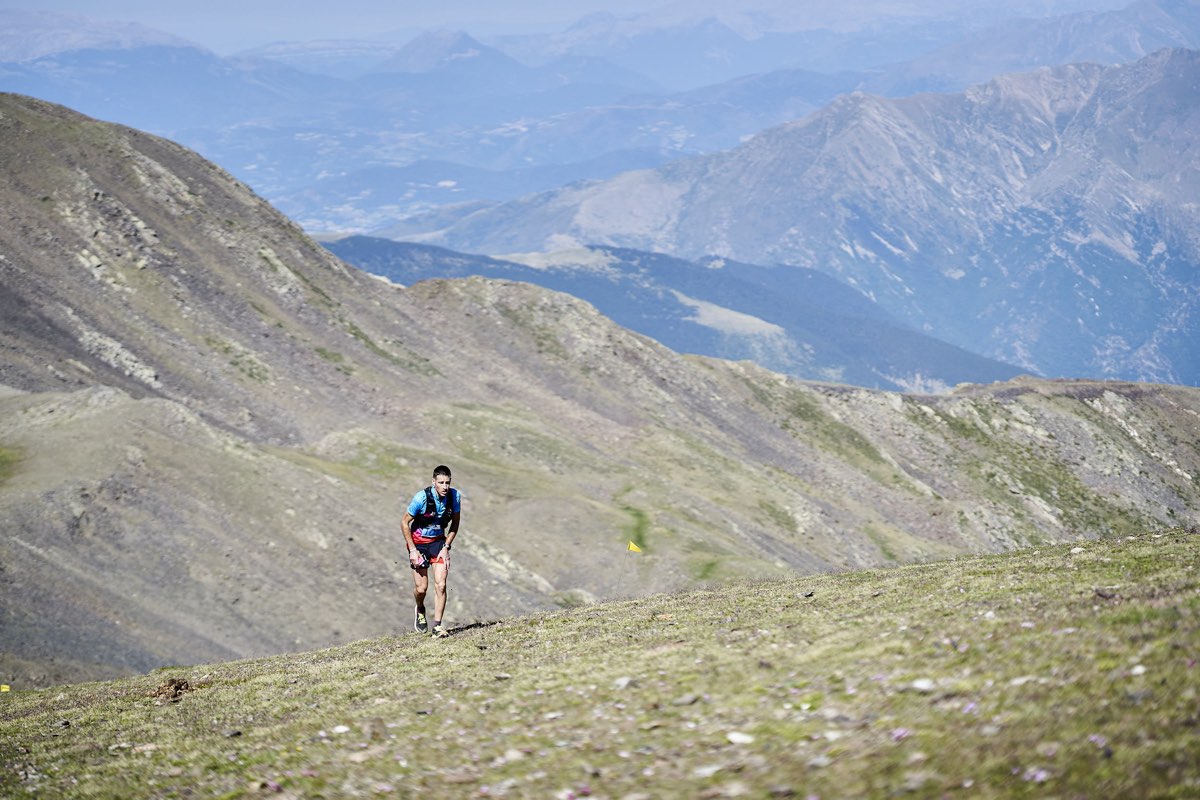 Though a series veteran, this was surprisingly Oihana Azkorbebeitia‘s first Skyrunner World Series win. She led for the entirety of the race, and finished with a bloodied lip from a late fall. Azkorbebeitia finished in 5:20. As with the men’s race, it was an all-Spanish podium with Sandra Sevillano second in 5:27 and Georgina Gabarró third in 5:34. 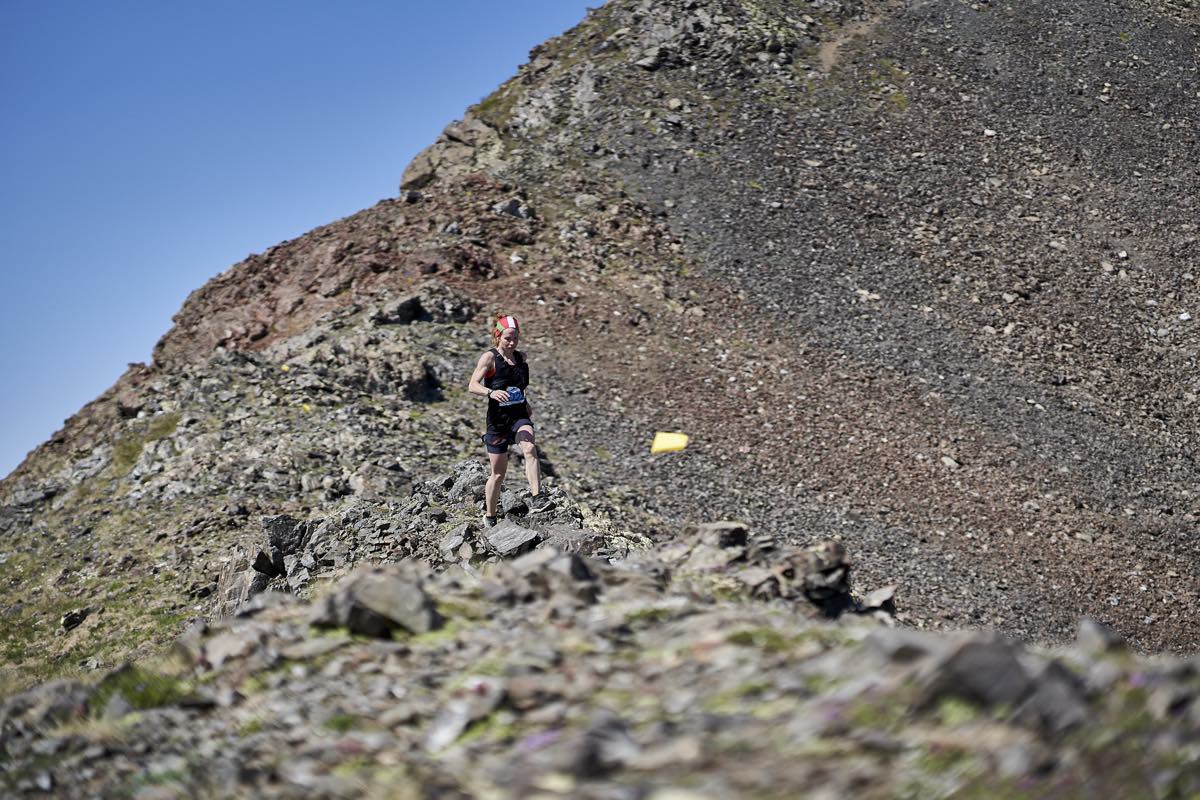 Though not the race’s first year, it was the first-ever European Athletics Off-Road Running Championships, something of a trail running and mountain running combination. There were multiple race classes.

The Vertical K climb covered almost 9k in distance. Cesare Maestri (Italy) won the men’s race in 44:48, just ahead of Dominik Rolli (Switzerland) and Daniel Osanz (Spain). Rolli and Osanz finished in 45:19 and 45:26.

(In 2015, Mathys received a warning without suspension from the Disciplinary Chamber for Doping Cases of Swiss Olympic for two positive tests for clomifene [previously clomiphene] after it was determined that she was mistakenly taking the drug without first obtaining a World Anti-Doping Agency Therapeutic Use Exemption. Dewalle previously served a four-month doping ban after a positive test for the stimulant heptaminol at the 2016 Skyrunning World Championships.)

The men’s race over this 48k course was tightly contested. Maximilien Drion Du Chapois (Belgium) scored the win in 3:43, 45 seconds ahead of runner-up Arnaud Bonin (France). Thomas Cardin (France) was right there too at 3:45 for third place.

The women’s race again delivered some familiar names at the front of the finish. Blandine L’Hirondel (France) came through first in 4:11, outclassing Núria Gil (Spain) and her 4:18 run. Mathilde Sagnes (France) was third in 4:22.

There were 100k and 50k races through mountainous Wales, and on the long course, Josh Wade (UK) Rebecca Di-Luzio (UK) finished on top at 13:16 and 18:58. On the 50k course, Jack Scott (UK) Kirsteen Welch (UK) led everyone in 5:32 and 6:19. There was to be a 100-mile race as well, but the race committee made the difficult decision to halt it due to deteriorating weather conditions going into Friday night, with strong winds and poor visibility. Runners were given the option to switch their entry to the 100k or the 50k the next day, with many availing of the invitation. Full results. 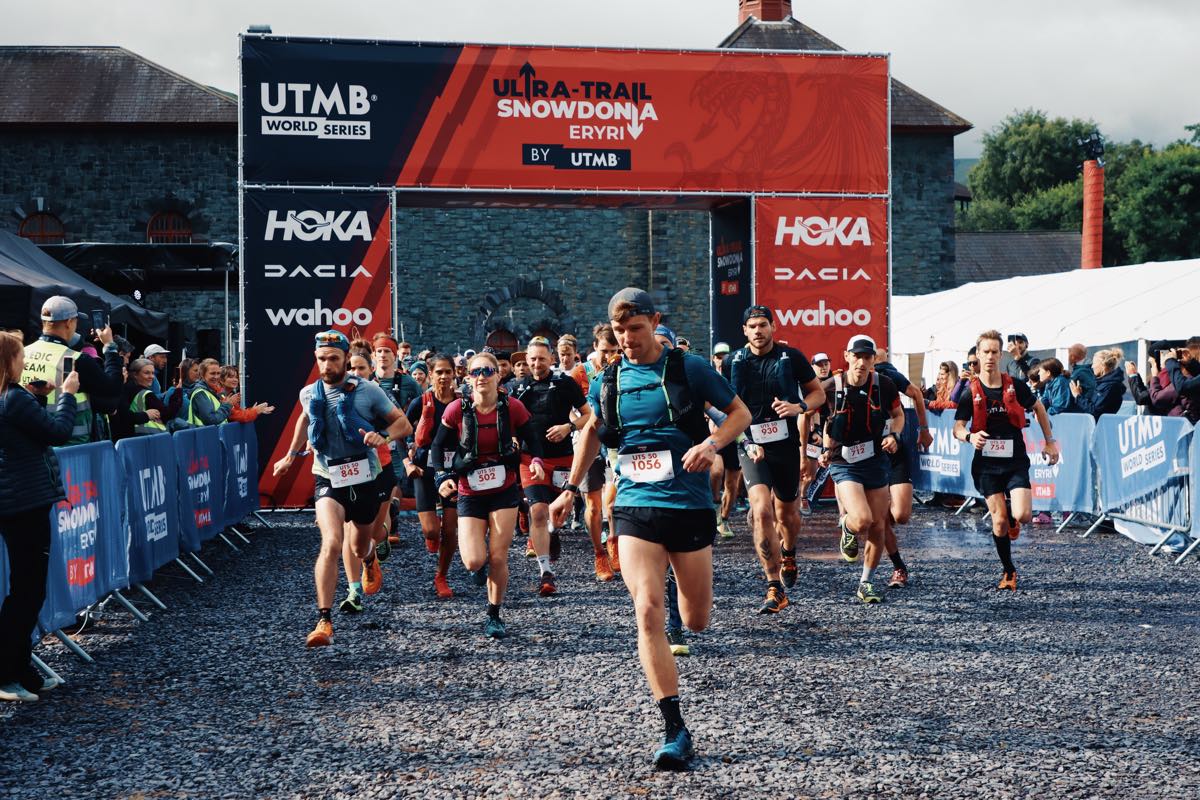 The start of the 2022 Ultra-Trail Snowdonia by UTMB 50k. Photo: David Miller

Peter Engdahl (Sweden) and Ivana Iozzia (Italy) won the uphill marathon under the Matterhorn in 3:05 and 3:40. Full results.

The big event included four ultra-distance races, and the 50k was part of the North American Golden Trail National Series, and I’ll admit that oxymoron makes me smile. Sange Sherpa (Nepal, living in France) gained the 100-mile crown in 19:35 alongside Kelsey Hogan (Canada) in 28:18. Gabriel Sanfacon (Canada) Sophie Marie Blard (Réunion Island) topped the 110k group at 15:02 and 17:23. Joey Bellanger (France) and Flavie Pelletier (Canada) won the 80k in 9:04 and 11:38, respectively. And in the 50k, it was victory for Jean-Philippe Thibodeau (Canada) in 5:01 and Katherine Short (Canada) in 5:40. Full results.

The 100k route runs all around Mt. Olympus. Greek runners Konstantinos Giannopoulos and Panagiota Dimakakou were god-like with 17:22 and 21:18 winning times. Full results.

There were just 25 finishers, but Zechariah St. Amand and Hannah Hamm took the top spots at 4:05 and 5:08. Full results.

Race local Josiah Middaugh topped out on the 7.7-mile ski slope climb first in 57:54 and women’s winner Janelle Links was up in 1:02. Full results.

The popular race hosted both 50k and 25k races inside its namesake state park. Adam Pardoux and Jamie Hoornaert won the long course in 4:01 and 5:00, and standout marathoner Tyler Jermann and Margaret Ho won the 25k in 1:31 and 2:02, respectively. Full results.

In the men’s race, three-time winner David Norris is out with injury, but 2019 race winner Max King is expected to race.

In the women’s race, 2019 and 2021 champ Hannah Lafleur is expected to again test her downhill legs against climbers like Rosie Frankowski and race newcomer Allie McLaughlin.