The Onza Aquila, a Downhill Mountain Bike Tire originally dreamed up by none other than Aaron Gwin, has undergone a refresh; The same distinctive tread pattern gets taller knobs, softer rubber, and higher volume casings in the name of delivering more bite, better braking characteristics and improved grip. 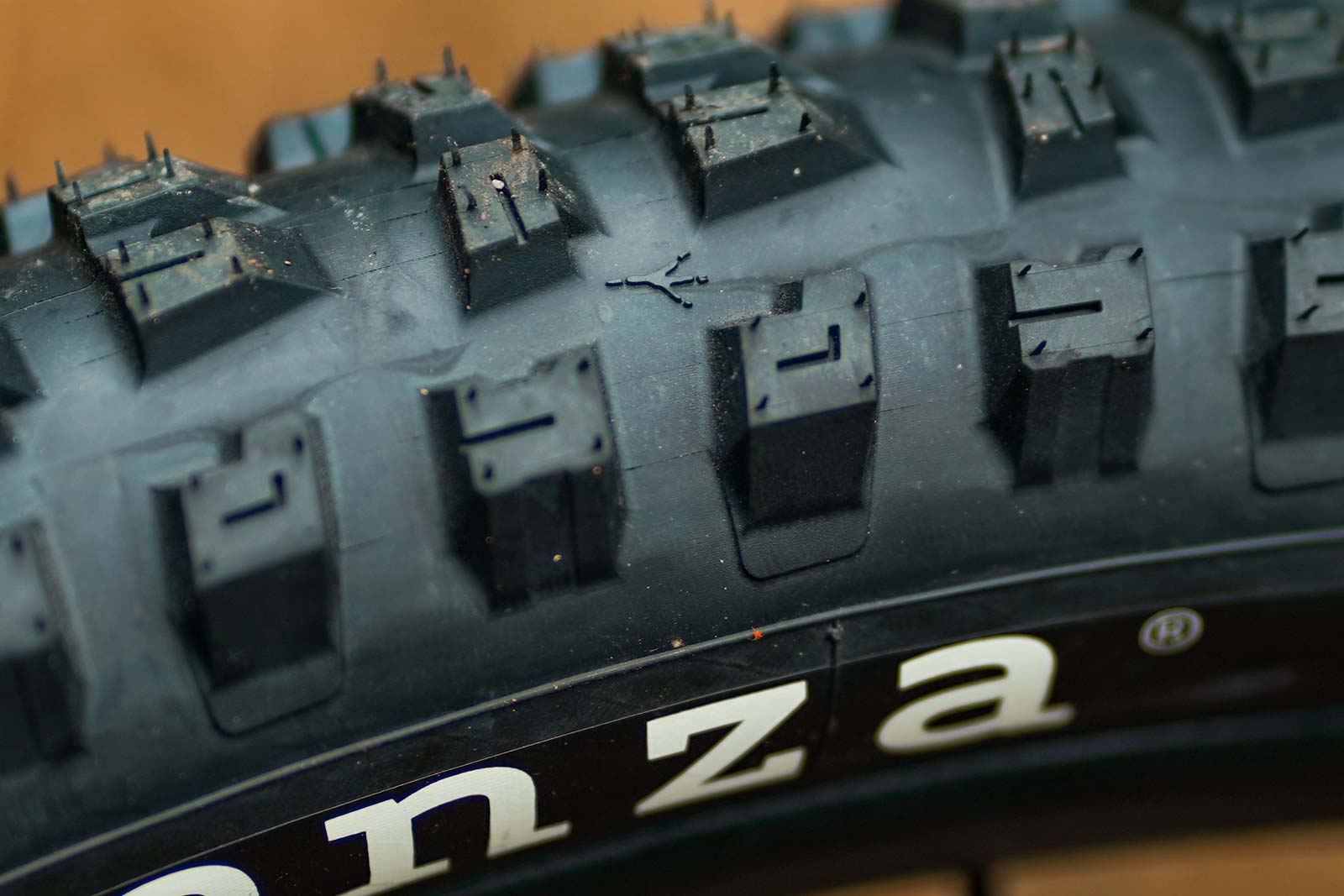 The Onza Aquila is named after the Aquila Constellation, the shape of which is often compared to that of an Eagle; The shape of the constellation is seen periodically in the mid-tread of the tire 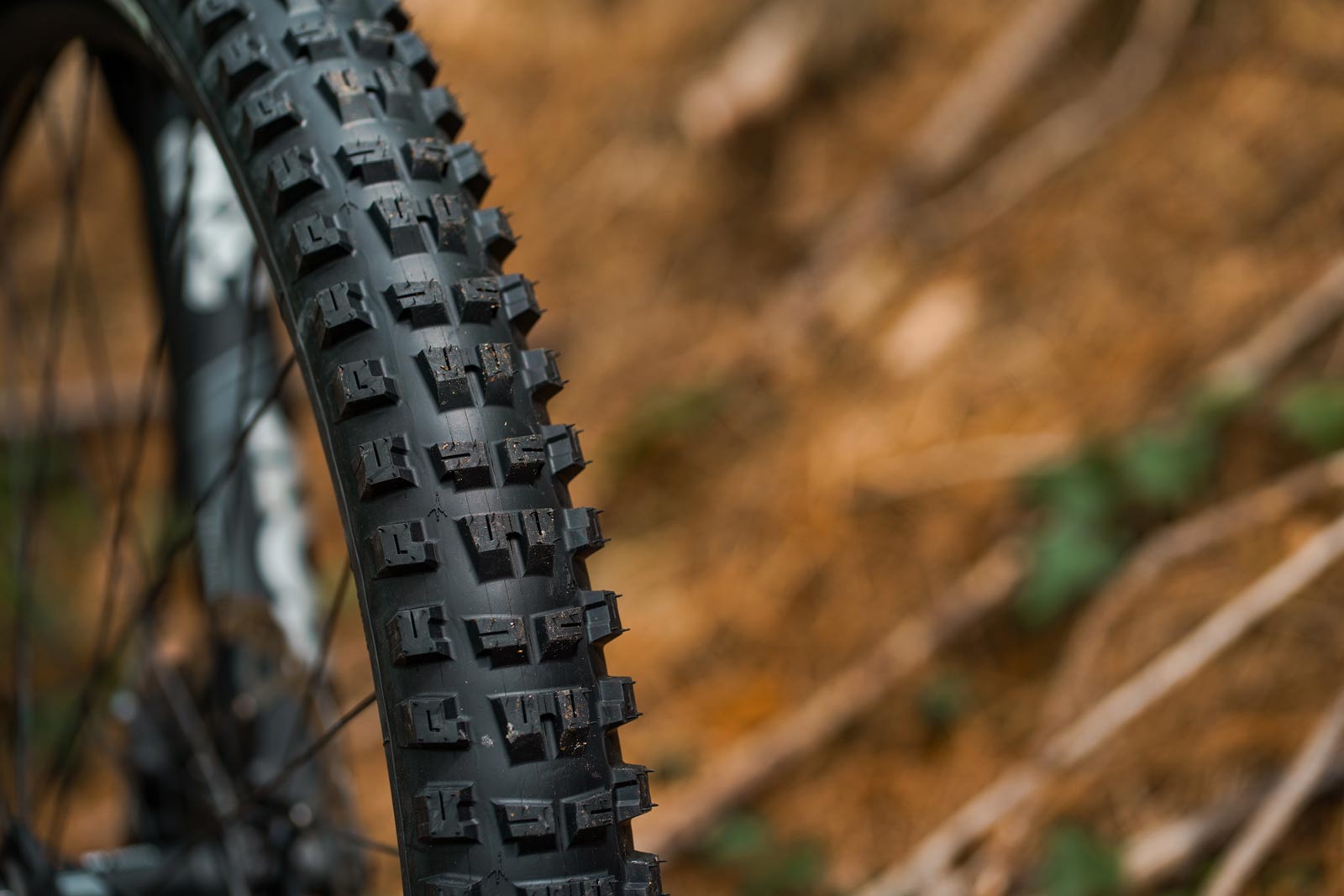 The Onza Aquila evolved from the Swiss Brand’s faster-rolling IBEX, an all-terrain mountain bike tire with a busier tread pattern

The latest Onza Aquila retains that tread pattern developed by Gwin, only with the knobs increased in height by 20% for improved bite and braking characteristics. The tread has two distinct pairs of center tread blocks The broader pair are bridgeless and feature siping that runs perpendicular to the direction of travel; that improves the knob’s ability to deform in that plane, and also adds a secondary edge for rolling grip and braking, in their respective directions.

The narrower pair is elongated, braced laterally by a shallower bridge. The siping here runs in the direction of travel, increasing the lateral flex of the individual knobs. Both pairs of center tread knobs are ramped in a bid to reduce rolling resistance, but that ramping is far more pronounced on this narrower pair. 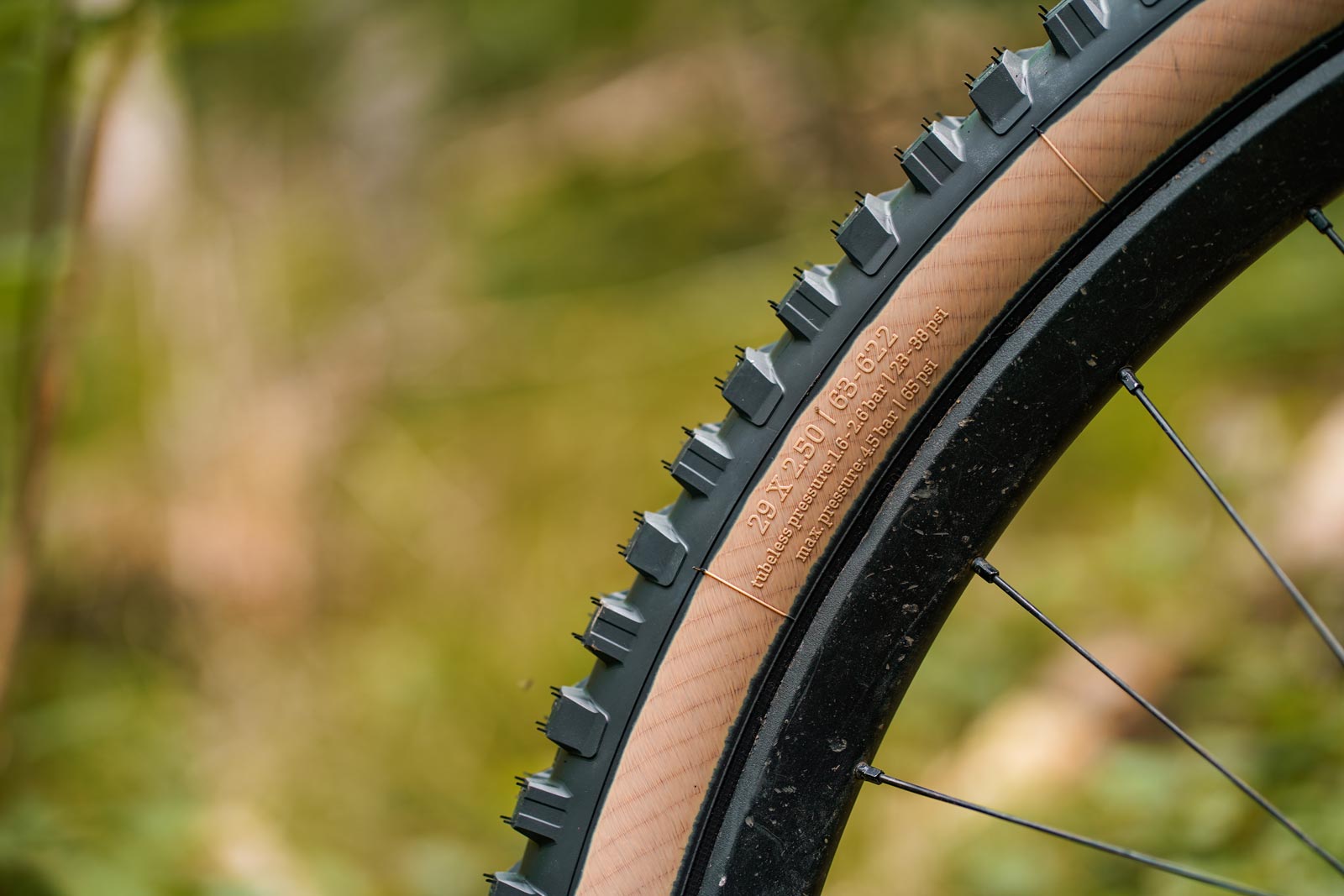 At the edge, we see two distinct side knobs, one of which is heavily reinforced laterally with a raised section of rubber at its outermost edge. Altogether, the tread is pretty aggressive to my eye.

In addition to the switch from 2.4″ to a higher volume 2.5″, the Aquila also gets a softer durometer rubber, as measured by the ShoreA hardness. As with all Onza mountain bike tires, the new Aquila is a dual-compound tire. All options across both casing constructions now receive Onza’s softest rubber offering, named Soft Compound 50. That sees 50a rubber at the center tread, and a softer 45a rubber at the side knobs to offer more grip at higher lean angles.

At the center, and at the edge, the rubber durometer is consistent throughout the depth of the blocks, so tackiness shouldn’t deteriorate with wear.

The Aquila is offered in two casing options; GRC for Downhill and Enduro riding, and TRC for Trail and All-Mountain Riding. As one would imagine, the GRC is the heavier of the two by around 200g, weighing a claimed 1250g for the 29″ x 2.5″. It is made up of a dual-ply 120 TPI fabric and boasts an anti-pinch flat protection insert at the sidewalls, in addition to a Nylon reinforcement layer extending from the Kevlar (aramid) bead.

The Onza Aquila TRC in 29″ x 2.5″ weighs a claimed 1050g. Here, Onza has opted for a single-ply of a 60 TPI fabric, foregoing the use of the anti-pinch flat protection insert but retaining the Nylon reinforcement layer. 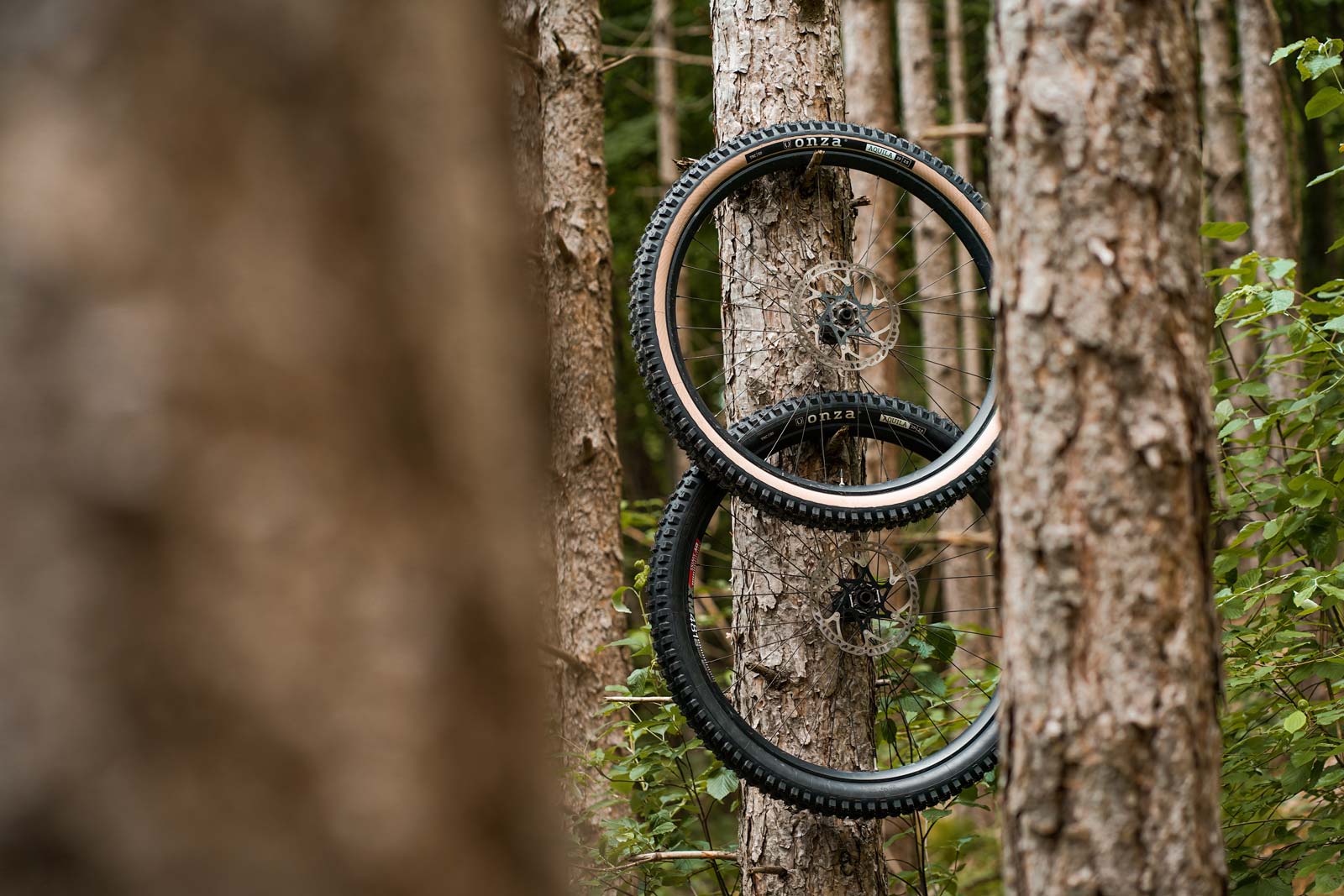