Tour Stage 5 Report: At the end of a chaotic day on the cobbles of northern France, the early break fought for the stage win. Simon Clarke took the stage honors as Wout van Aert held the yellow jersey by 13 seconds as the Jumbo-Visma team had its worst day on the 2022 Tour de France.

Simon Clarke beat Taco van der Hoorn in a chaotic and busy cobblestone stage in the Tour de France. After a dusty stage of 157 kilometers between Lille and Wallers-Arenberg, with almost 20 kilometers of cobblestones. Jumbo-Visma had a bad day; Jonas Vingegaard and especially Primož Roglič lost time on a strong Tadej Pogačar. 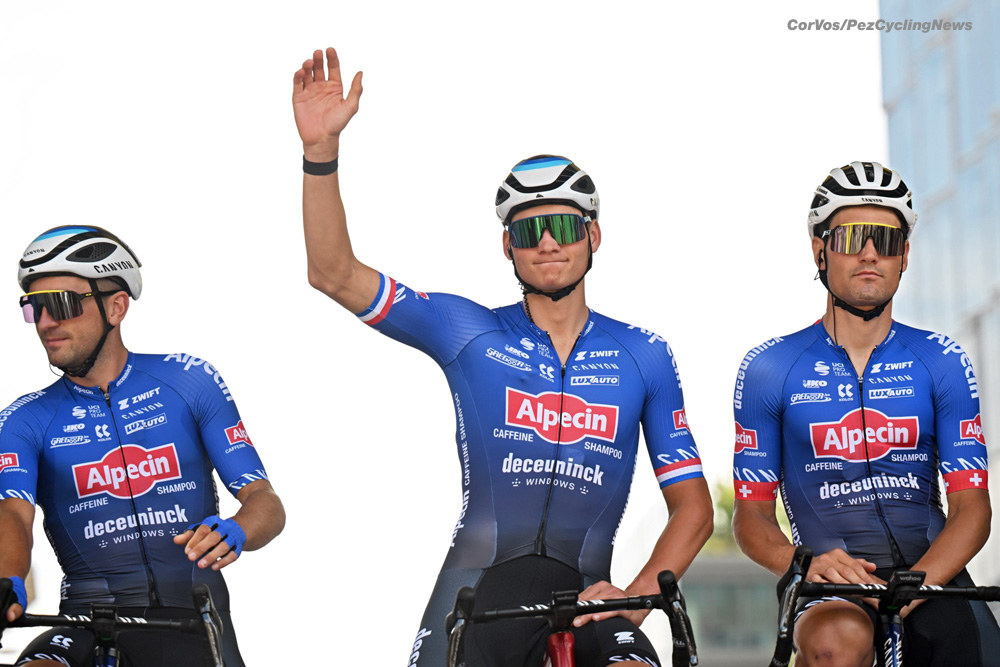 Van der Poel not on form?

Tour Boss, Christian Prudhomme: In 2018, the Tour’s last stage over the cobbles concluded with John Degenkolb winning in Roubaix. This stage will feature an equivalent amount of bone-jarring action in what is the most acrobatic challenge of the opening week. Good preparation and full concentration will be the Tour favorites’ best weapons when it comes to dealing with their apprehension about this test.” 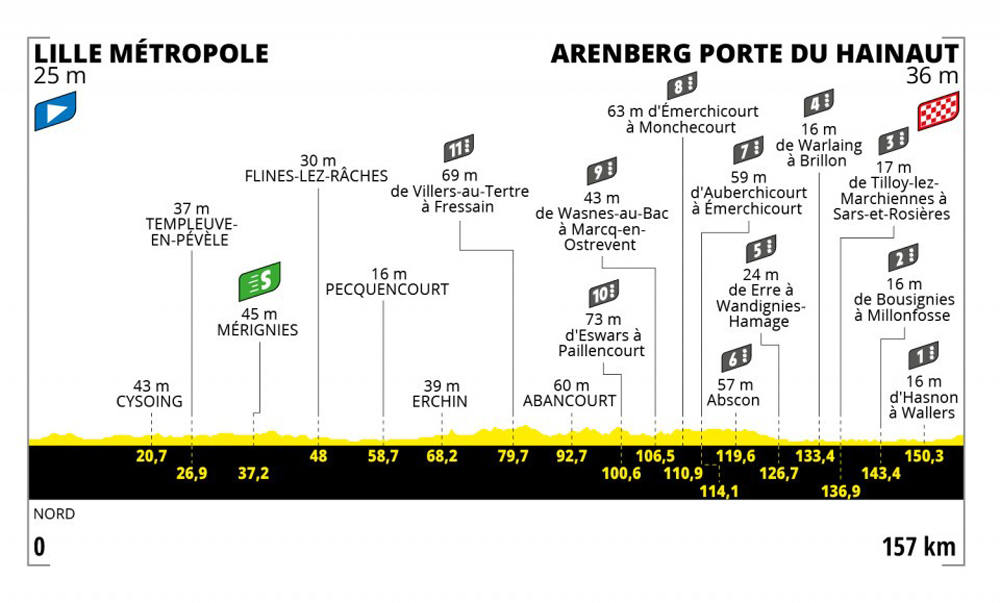 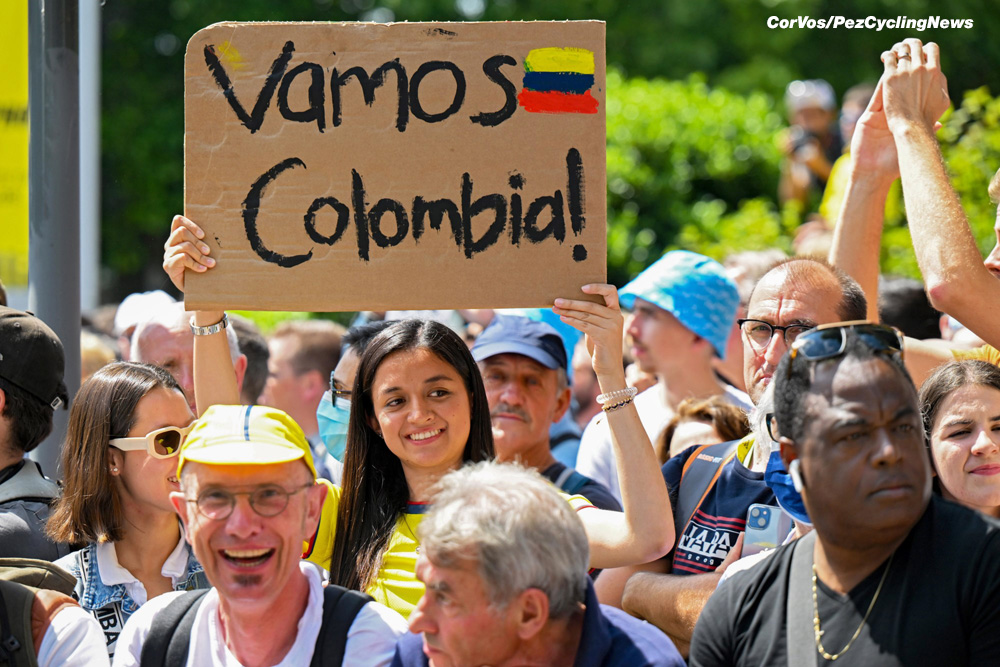 You are never far from a Colombian fan on Grand Tour 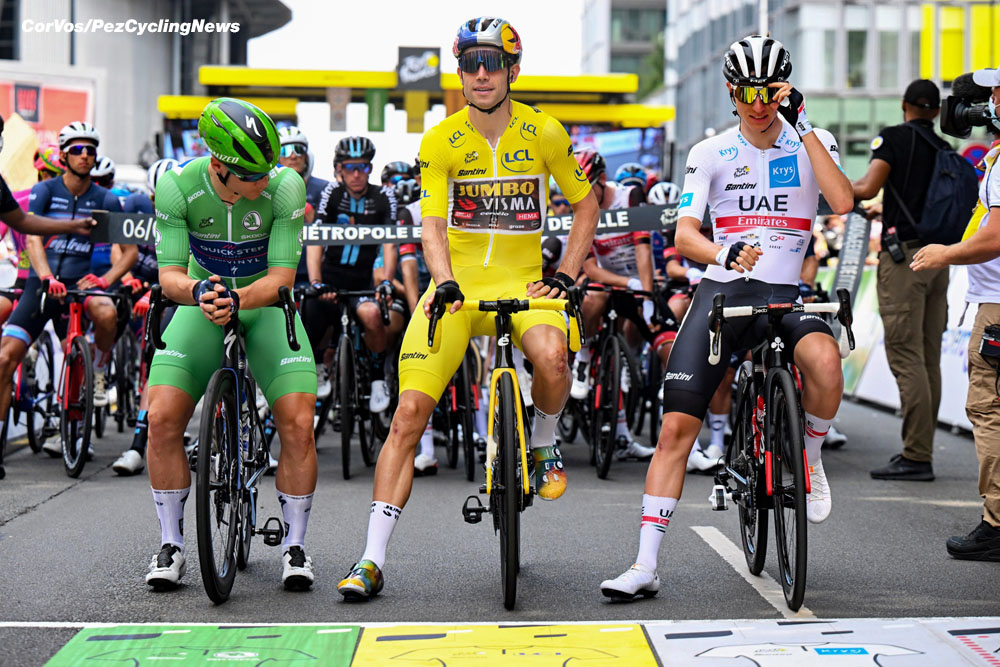 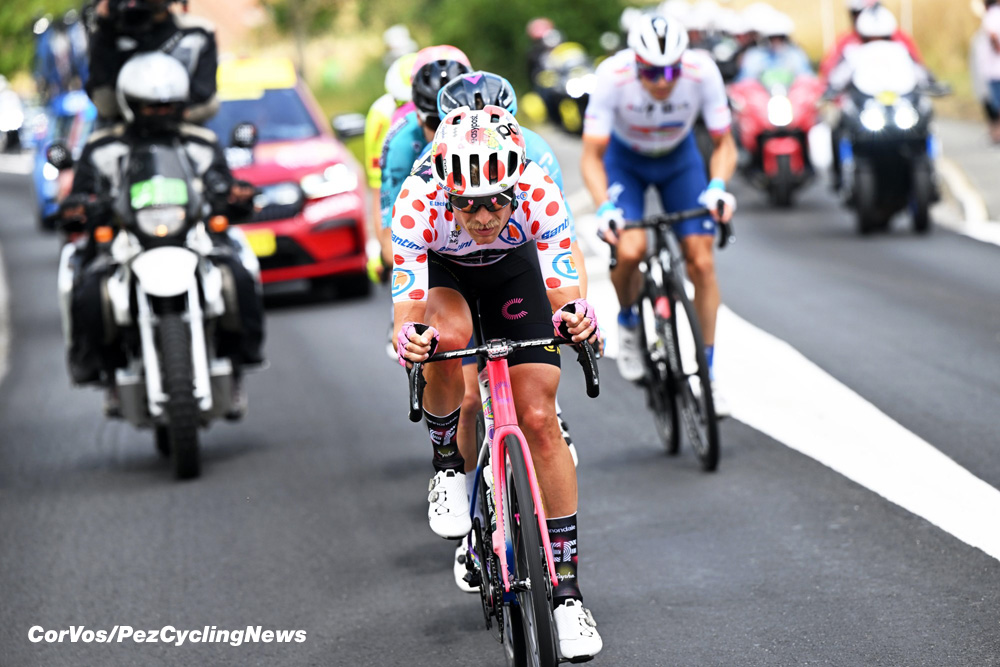 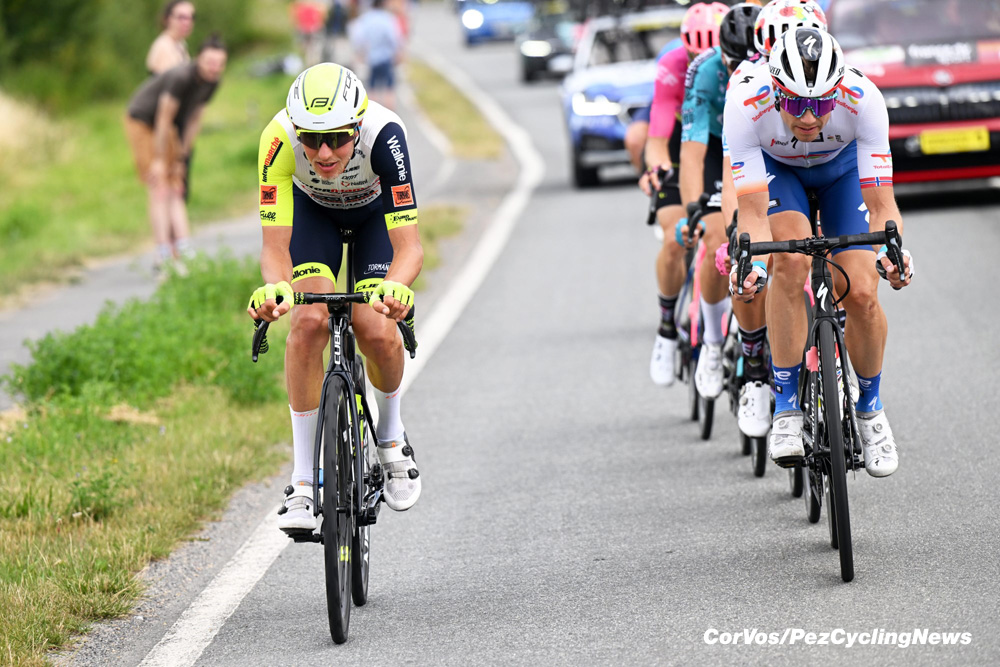 Van der Hoorn also made it into the early break 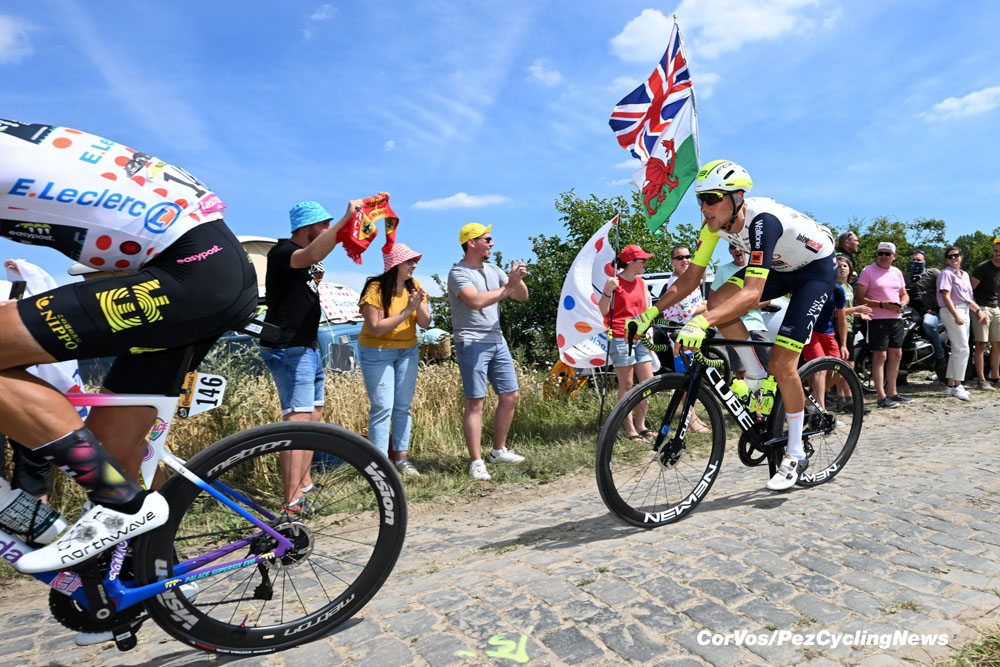 The front group stayed together on the cobbles 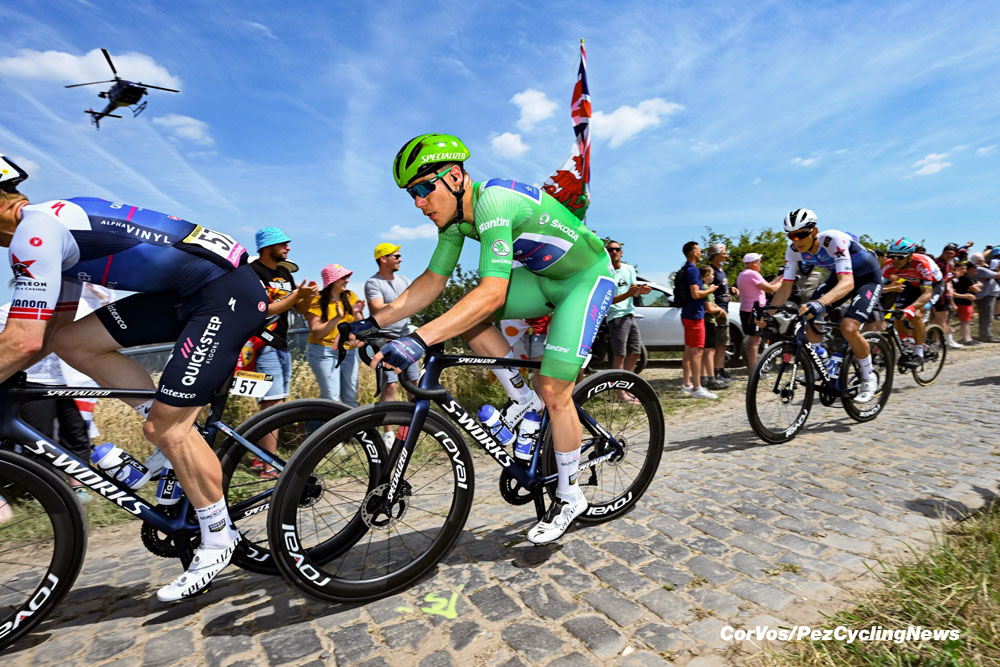 Jakobsen took a couple of points back from van Aert 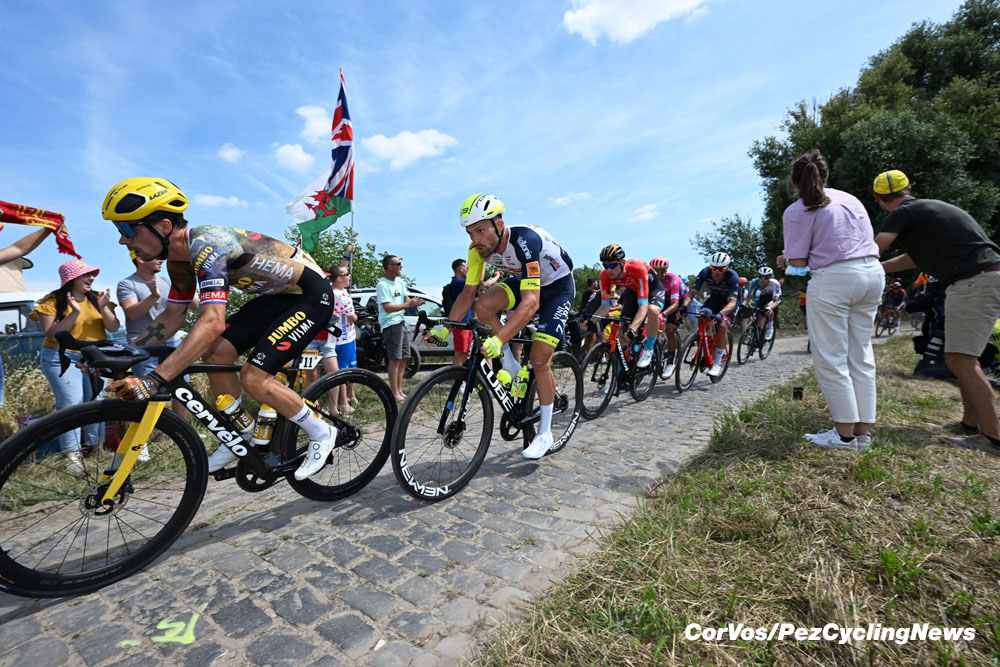 A crash for Roglič 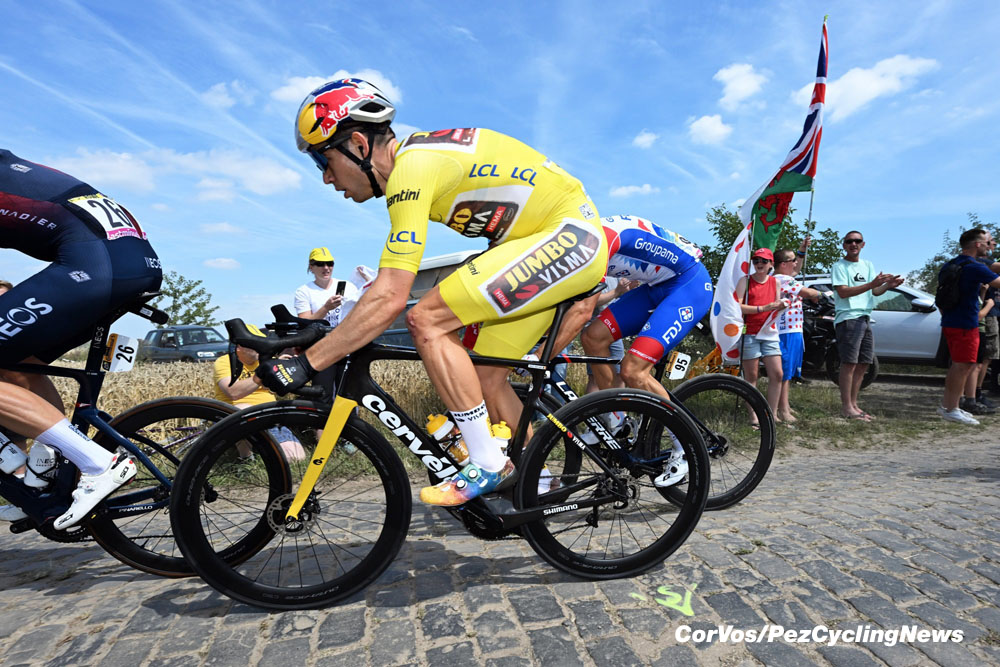 Van Aert had to work for the team 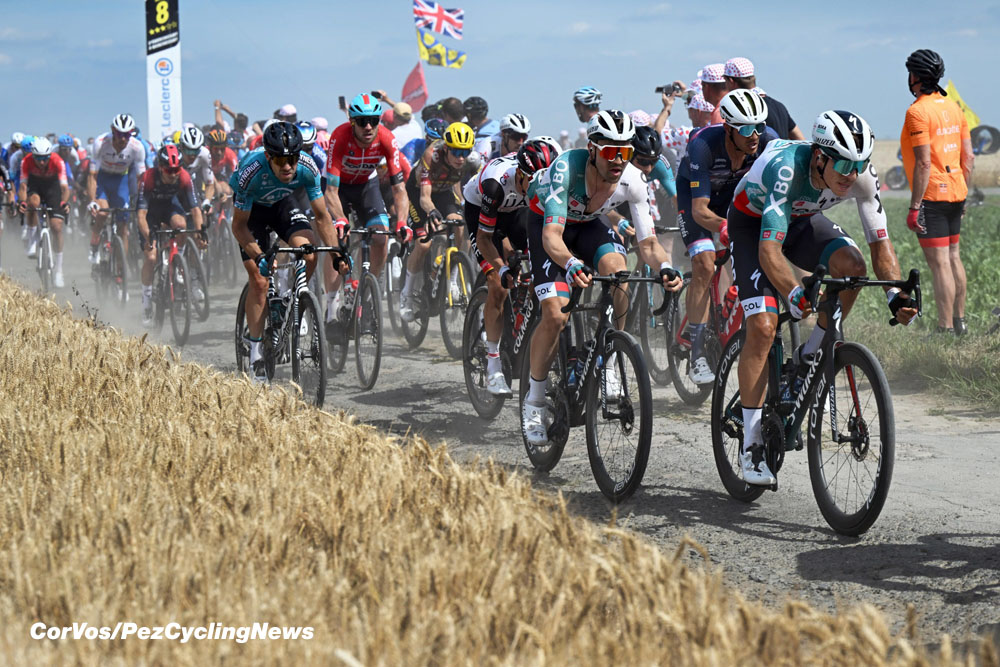 BORA-hansgrohe put the hammer down 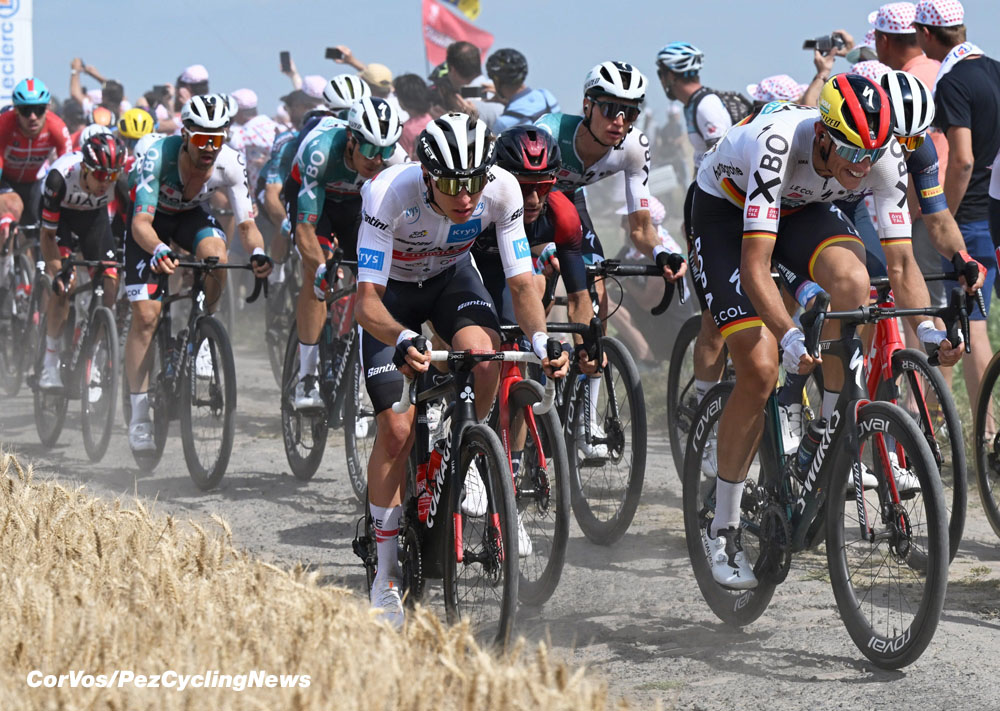 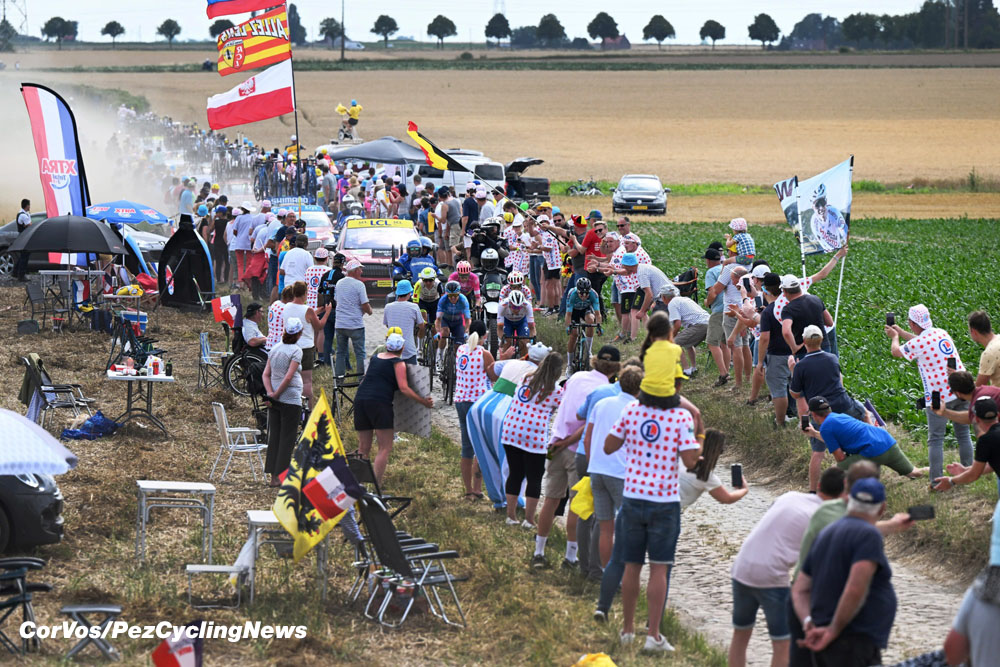 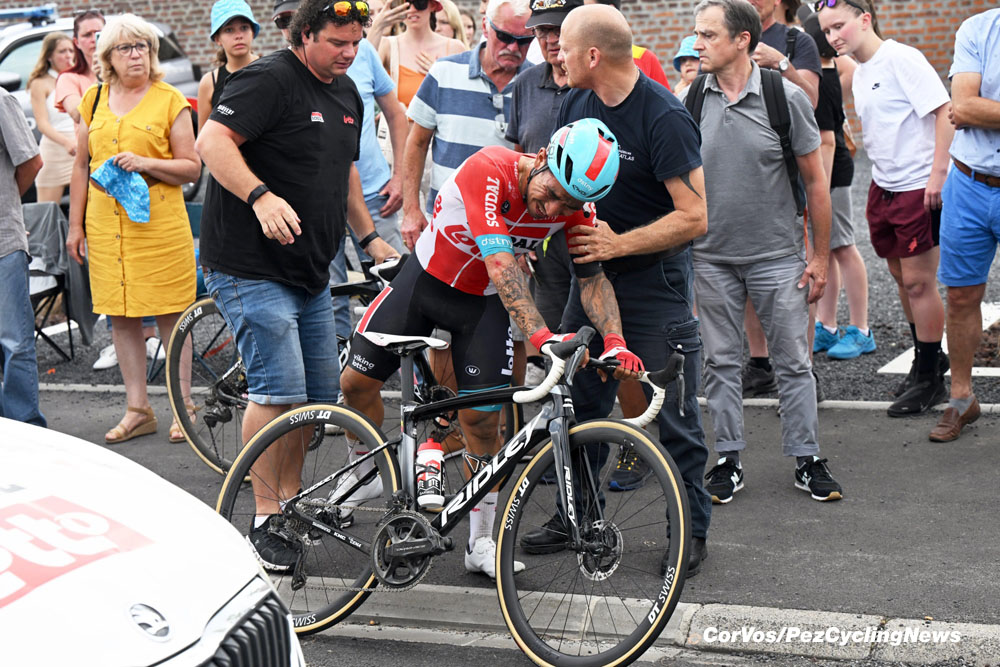 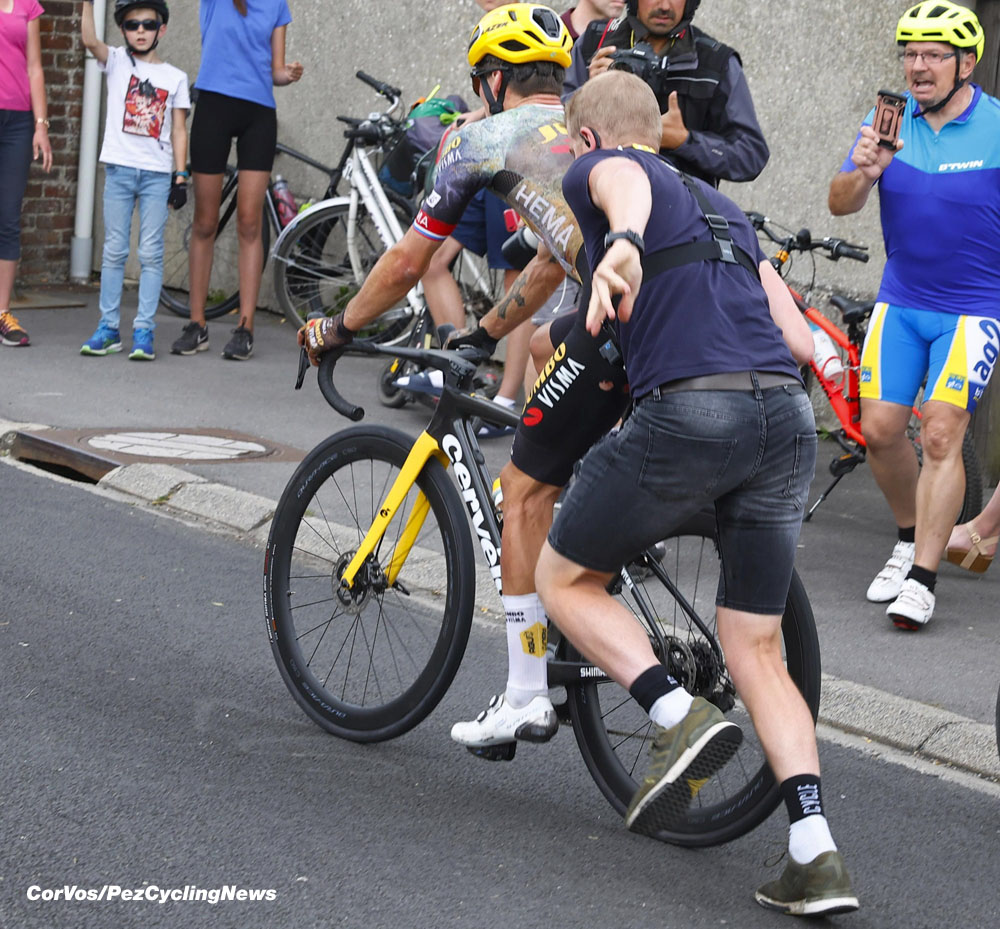 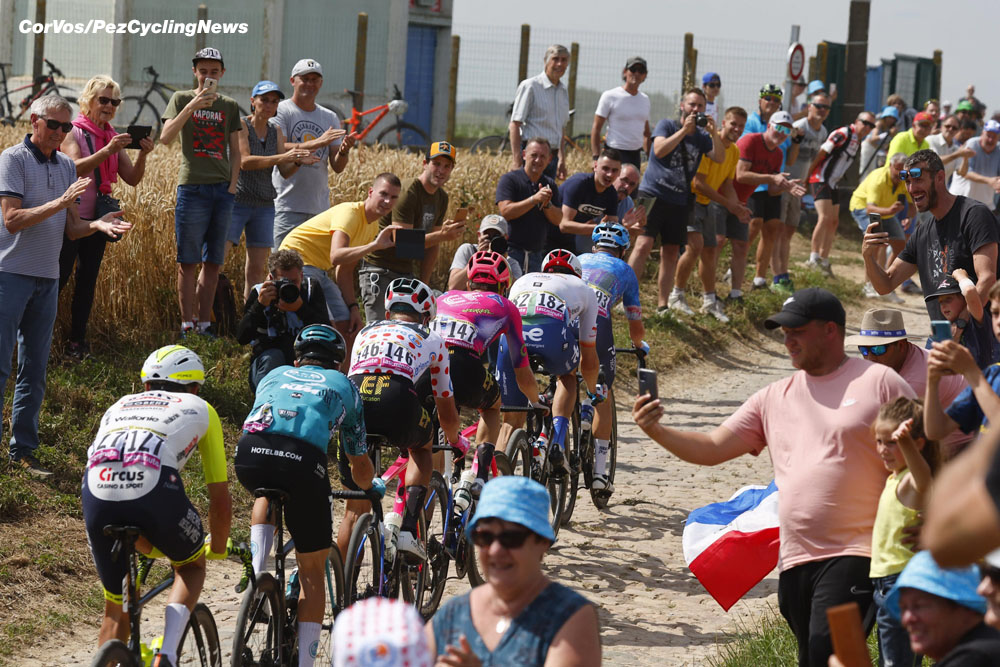 The break would fight for the stage win 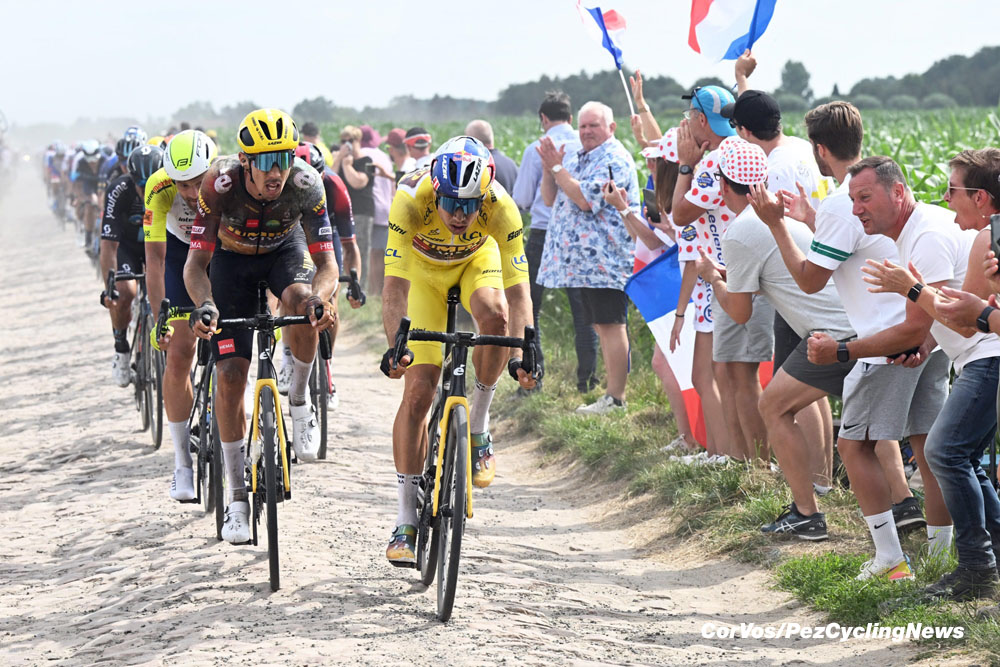 The yellow jersey had to work hard in the chase 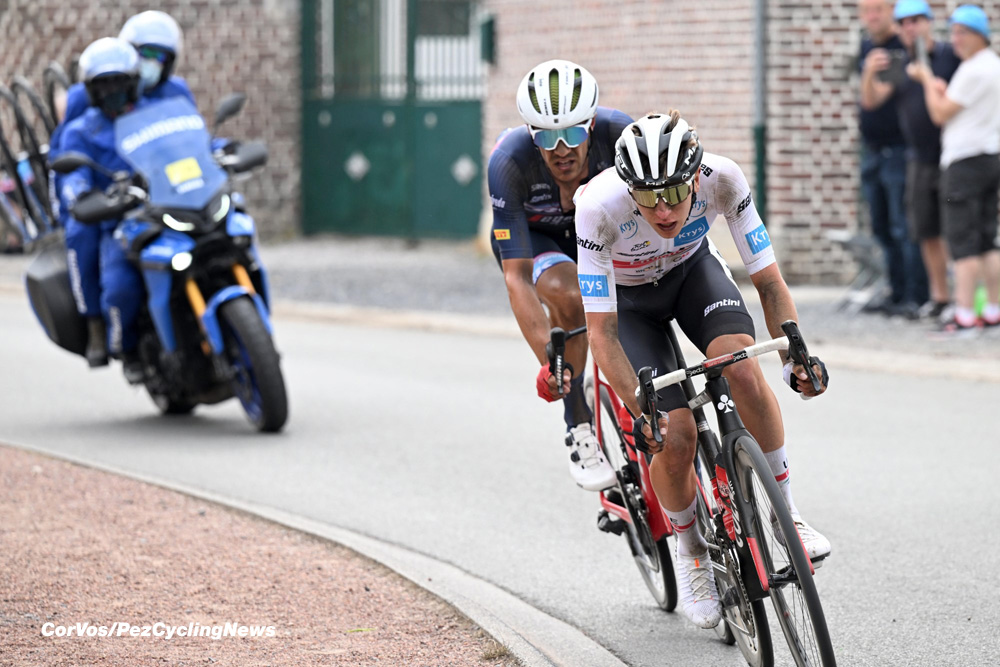 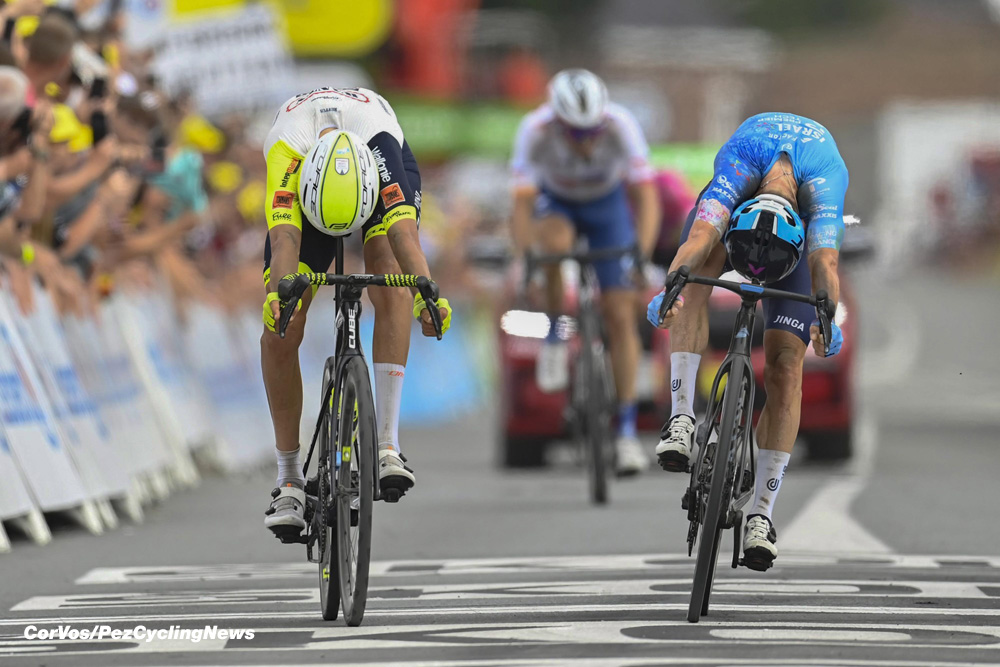 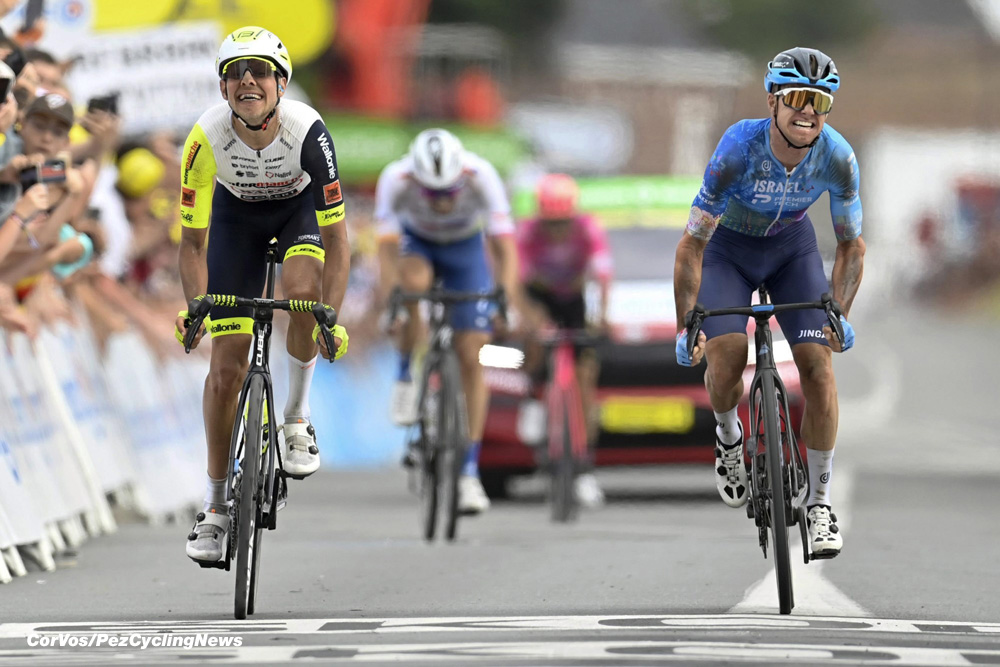 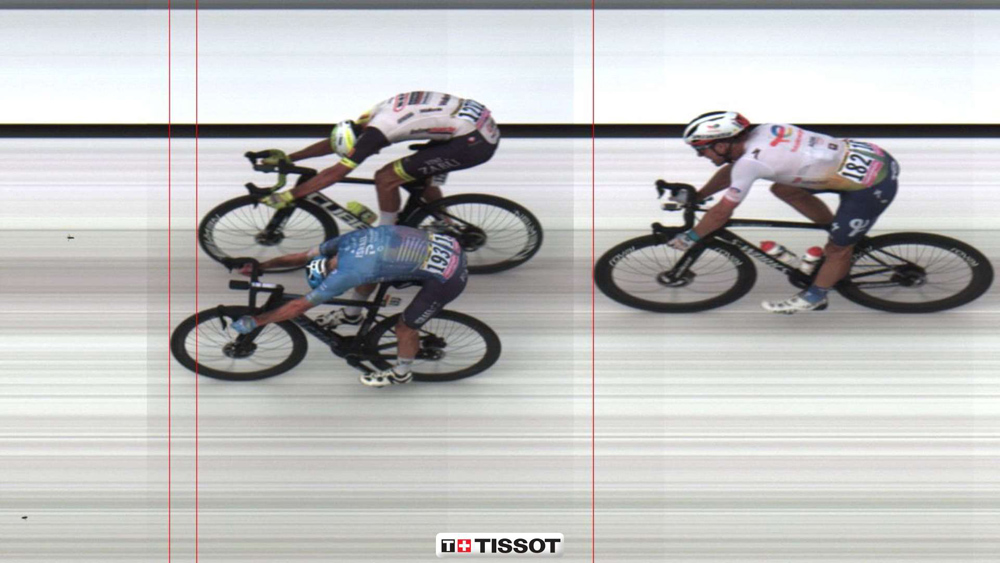 stage winner, Simon Clark (Israel-Premier Tech): “I mean, after winter I had, I had no team and Israel-Premier Tech rang me up. I was given that chance… Today is the reality check that everything can happen if you take the opportunity. The first few days of the Tour, I was looking after the team. But this morning, the team director said: ‘Clarkey, today is a breakaway day!’ The stages I won at La Vuelta and the pink jersey I had at the Giro all came in the first week of the race. So I thought today was maybe the day… But I still can’t believe it. I passed Taco less than 50 meters to go. I gave my bike the biggest throw I could. My stages at La Vuelta came in similar finishes. I chose to sit back and hope for the other guys to crack before. I really had to chase Edvald down. We’ve been sprinting since the last corner. I went as hard as I could until the line. I moved to Europe for racing when I was 16 and I’ll turn 36 on the second rest day of the Tour, so after 20 years, now the dream comes true. Hi to everyone in Australia and thanks for the support through all those years!”