Automobiles and bicycles have a tumultuous relationship, to say the least… which often turns deadly for the cyclist.

Well, POC Sports a leader in cycling and snow sports safety, and Autoliv, Inc. A leader in automotive safety systems is looking to try to change the “deadly” part of that relationship. The two are teaming up in hopes to develop bicycle and e-bike helmets with integrated airbag technology that could help save cyclists’ lives. 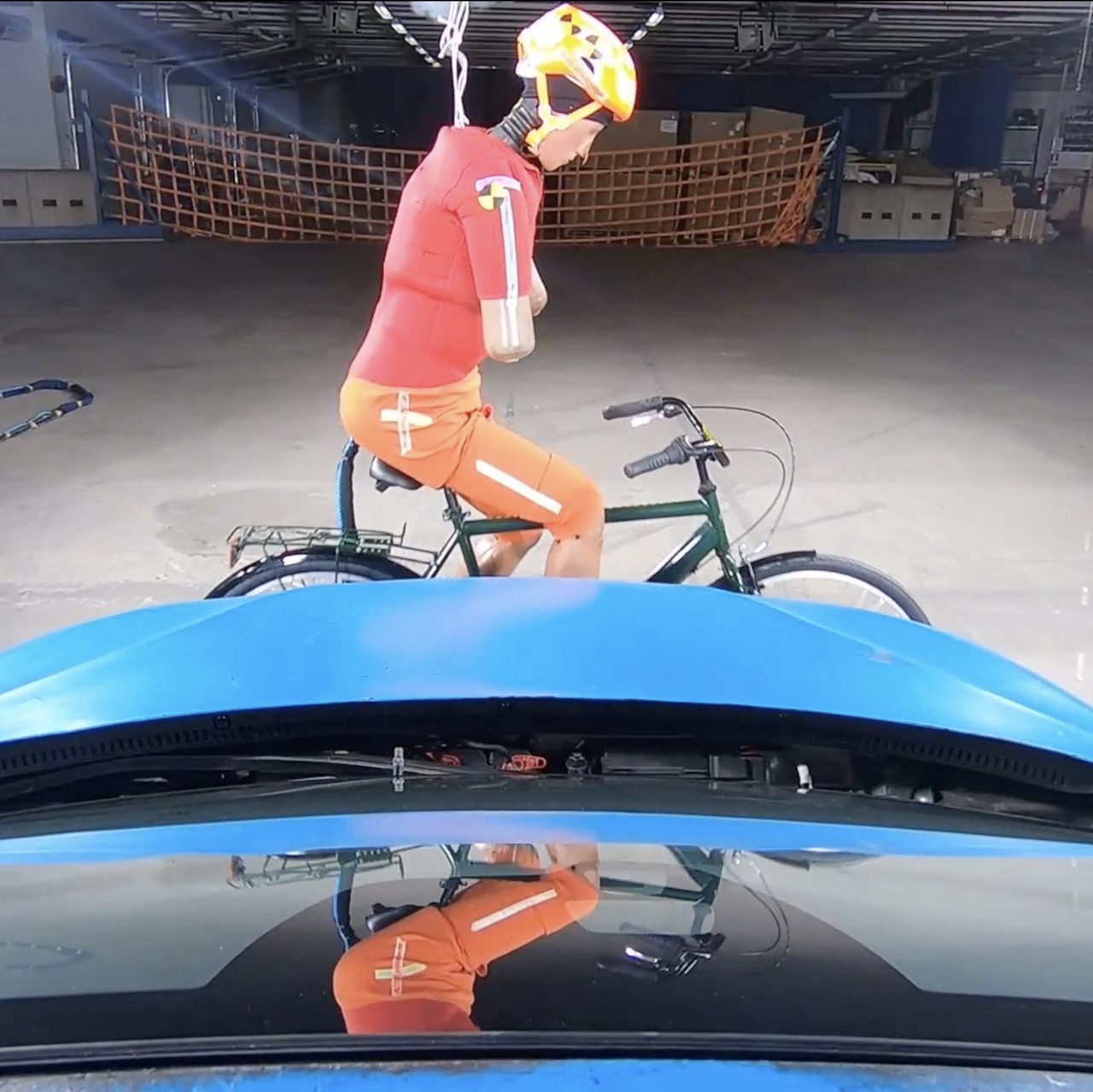 The press release says that “head injuries alone account for half of the deadly cyclist injuries.” We already know that helmets are mostly beneficial to head safety if you were to crash on your own, but when a car is involved, things are different. A Swedish insurance company published a report that makes the case that “helmet absorption efficiency could still be greatly improved, especially when collisions occur with a car at speeds above 20 km/h (12 mph).”

POC and Autoliv are exploring the potential of using the airbag tech in helmets. The airbag, they say, would act as the initial energy absorber while the underlying helmet would be the secondary energy absorber. 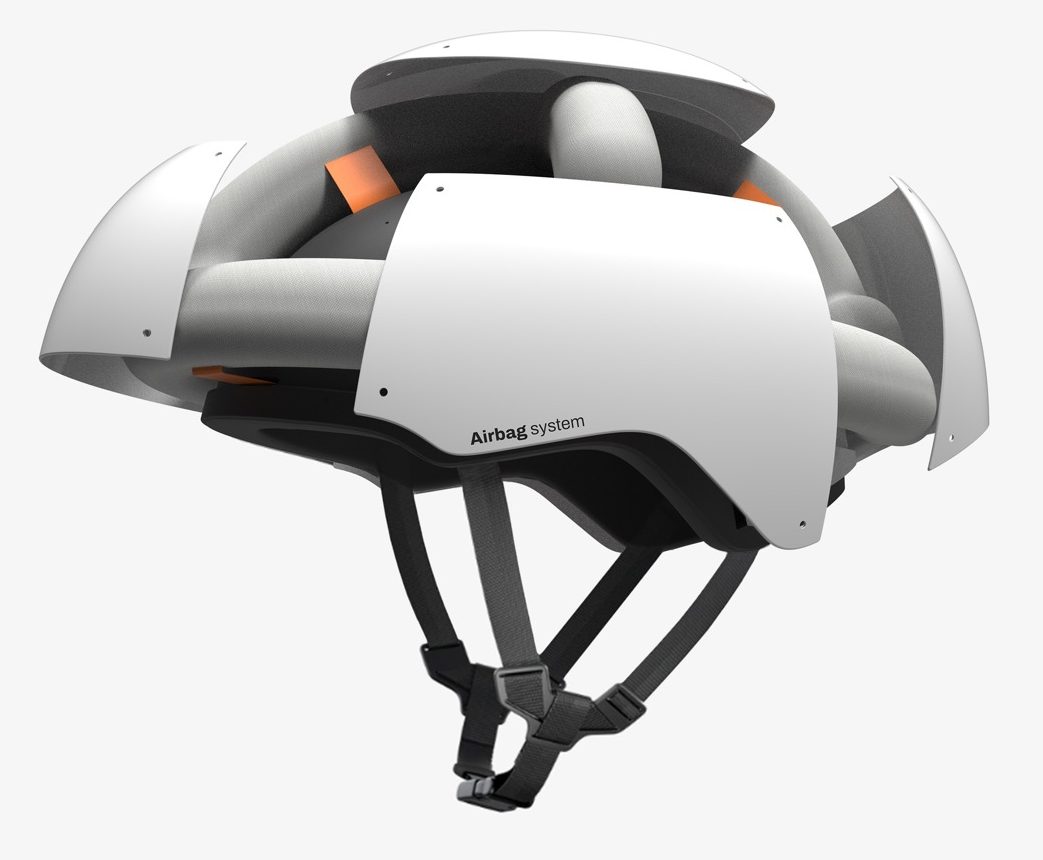 After a pre-study has been conducted, Autoliv came to the conclusion that a cycling helmet with the inclusion of an integrated airbag system can “significantly improve protection and reduce the consequences of impacts to cyclists.” The study also showed that the combination of both absorbing technologies “enables a reduction of the peak linear head acceleration and significantly reduced head injury in impact tests.” The pre-study showed that adding the protection improvements (integrated airbag tech) could be done without compromising the design, comfort, or weight of the helmet.

Dr. Cecillia Sunnevang, VP of Research at Autoliv says: “Autoliv is committed to the vision of Saving More Lives and to providing world-class life-saving solutions for mobility and society. The safety of vulnerable road users, such as bicyclists and e-bike riders, is high on our agenda. Therefore, it was natural to collaborate on this initiative with POC, a leader in bicyclist safety, to explore how to improve helmet protection in current standard testing and more challenging scenarios, such as higher impact speeds.”

According to the press release, this same pre-study also showed the addition of the airbag tech on top of the helmet significantly contributed to enhanced safety, especially in the linear impacts. The release goes on to state that it is estimated that the risk for a cyclist to sustain moderate (eg mild concussion) to fatal head injuries is reduced from 80% to 30% in a 20km/h (12mph) impact. 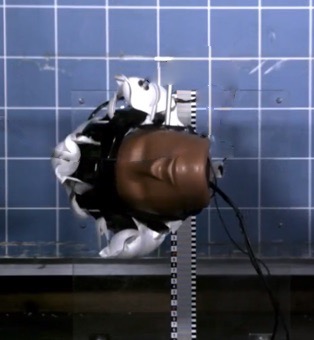 POC’s Chief Product Officer, OscarHuss says: “Our safety mission drives everything we do, and we always challenge conventional thinking in order to improve protection. Helmets are tested and certified in a laboratory setting and can never fully address all the real-world variables of bike crashes. Together with Autoliv, who are world-renowned and have some of the most advanced testing and research facilities in the field, we have embarked on a development journey with airbag technology, asking ourselves what could be done to excel in current test scenarios and push the envelope towards even more shock-absorbing capacity”

The press release continues, that the number of environmentally conscientious e-bike commuters, that are taking to the road globally, has rapidly increased. Saying that this rapid growth should be met with improved helmet protection, especially at the higher speeds of e-bikes.

Autoliv and POC say they, during the pre-study, initial concepts by advanced simulation tools and conducted correlated crash tests. This will now lead to further testing and refinement in hopes of developing the concept further and bringing it to market.

Check out more about their findings here.